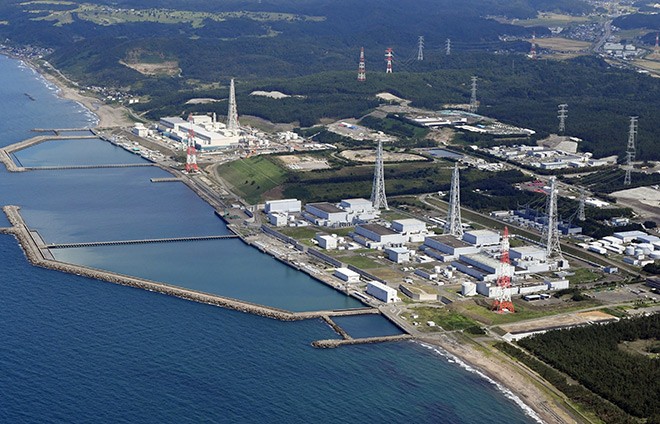 Tokyo Electric Power Co. cleared a major regulatory hurdle toward restarting a nuclear power plant in Niigata Prefecture, but the utility’s bid to resume its operations still hangs in the balance of a series of political approvals.

The government’s nuclear watchdog concluded Sept. 23 that the utility is fit to operate the plant, based on new legally binding safety rules TEPCO drafted and pledged to follow. If TEPCO is found to be in breach of those regulations, it could be ordered to halt the plant’s operations.

The Nuclear Regulation Authority’s green light now shifts the focus over to whether local governments will agree in the coming months to restart the Kashiwazaki-Kariwa plant.

TEPCO is keen to get the plant back up and running. It has been financially reeling from the closure of its nuclear plants in Fukushima Prefecture following the triple meltdown at the Fukushima No. 1 nuclear plant in 2011 triggered by the earthquake and tsunami disaster.

The company plans to bring the No. 6 and No. 7 reactors back online at the Kashiwazaki-Kariwa nuclear complex, which is among the world’s largest nuclear plants.

The two reactors each boast 1.35 gigawatts in output capacity. They are the newest of the seven reactors there, first put into service between 1996 and 1997.

TEPCO has not revealed specific plans yet on what to do with the older five reactors.

In 2017, the NRA cleared the No. 6 and No. 7 reactors under the tougher new reactor regulations established in 2013 in response to the Fukushima nuclear disaster.

It also closely scrutinized the operator’s ability to run the Niigata Prefecture plant safely, given its history as the entity responsible for the nation’s most serious nuclear accident.

After several rounds of meetings with top TEPCO managers, the NRA managed to hold the utility’s feet to the fire enough to make it pledge, in writing, to abide by a new seven-point safety code for the Kashiwazaki-Kariwa plant.

The creation of the new code, which is legally binding, is meant to hold the company accountable for safety measures at the facility.

“As the top executive, the president of TEPCO will take responsibility for the safety of nuclear power,” one of the points reads. “TEPCO will not put the facility’s economic performance above its safety,” reads another.

The company promised to abide by the points set out in writing during the NRA’s examination of its safety regulations.

TEPCO also vowed to set up a system where the president is directly briefed on risks to the nuclear complex, including the likelihood of earthquakes more powerful than what the plant is designed to withstand. It must also draft safeguard measures to deal with those kinds of earthquakes and confirm whether precautionary steps are in place.

The utility additionally pledged to promptly release public records on the decision-making process concerning crucial matters related to nuclear safety, and to preserve the documents until the facility is decommissioned.

TEPCO plans to complete its work to reinforce the safety of the No. 7 reactor in December. It has not set a definite deadline for similar work for the No. 6 reactor.

To restart the Kashiwazki-Kariwa plant, TEPCO needs to obtain consent from local governments, including the Niigata prefectural government.

The prefectural government is studying the plant’s safety through a panel of experts, which is reviewing whether evacuation plans are adequate and the health impact on residents from the Fukushima nuclear disaster.

Niigata Governor Hideyo Hanazumi said he will not decide on the restart until the panel completes its review.

The nuclear complex suffered damage, including from fire at an electric transformer, when an earthquake it deemed able to withstand hit in 2007.

(This article was written by Norihiko Kuwabara and Yu Kotsubo.)