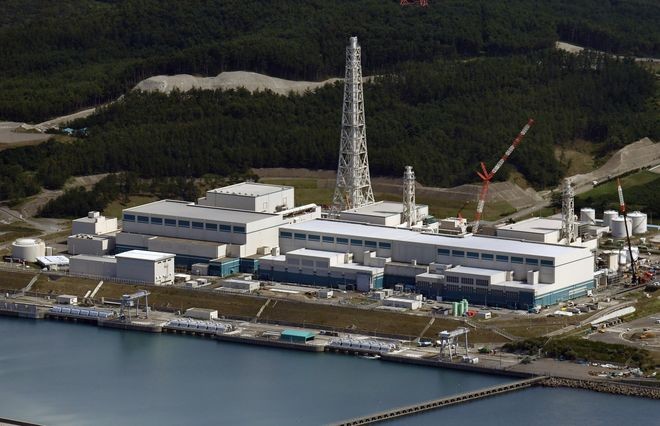 From left, the No. 5 to No. 7 reactors of the Kashiwazaki-Kariwa nuclear power plant in Niigata Prefecture (The Asahi Shimbun)

The Nuclear Regulation Authority has effectively endorsed Tokyo Electric Power Co.’s fitness to operate nuclear reactors in its safety screening of the utility’s plans to restart the No. 6 and No. 7 reactors at the Kashiwazaki-Kariwa nuclear power plant in Niigata Prefecture.

The nuclear watchdog’s endorsement, based on new legally binding safety rules the utility drafted and pledged to follow, has opened the door for the operator of the crippled Fukushima No. 1 nuclear power plant to start running reactors again.

But TEPCO’s actions concerning safety, the decommissioning of the destroyed Fukushima reactors and compensation for victims of the catastrophic accident have created a deep sense of distrust that is hard to brush off. The NRA’s decision is open to question.

Three years ago, when it cleared the No. 6 and No. 7 reactors under the tougher new reactor safety standards established in response to the Fukushima disaster, the NRA placed great importance on TEPCO’s “fitness” to run reactors.

This has led the utility to incorporate seven new principles into its safety code. They include the company’s commitment to carry through the decommissioning of the Fukushima No. 1 nuclear plant and hold its president responsible for reactor safety as well as its pledge not to put economic efficiency before safety.

The safety code is legally binding, with a violation potentially provoking an order to suspend operations.

This time, the NRA has examined TEPCO’s seven commitments and acknowledged that they are specific enough to allow the watchdog to identify and punish any violations.

But the seven principles still contain vague elements. It is difficult not to wonder whether they will effectively enable the NRA to monitor and check TEPCO’s operations for violations.

TEPCO, for example, has promised to follow through with the payment of compensation to victims of the Fukushima calamity. In fact, however, the company has rejected many proposed compensation agreements with local residents.

As for decommissioning the stricken plant, the company has left entirely to the government the vital challenge of disposing of radiation-contaminated water being generated by the plant.

These actions of the firm appear to be at odds with the safety code. What does the NRA think about them?

The real question is whether TEPCO’s basic attitude has really changed.

Asahi Shimbun editorials have questioned the company’s reliability to operate nuclear plants safely because it has failed to demonstrate the safety awareness and commitment required for the operator of a nuclear power plant.

TEPCO, for example, failed to report accurately the fact that an important facility at the Kashiwazaki-Kariwa plant does not have sufficient earthquake resistance.

It also avoided publishing voluntarily the fact that contaminated water from the Fukushima plant contains various radioactive materials whose levels are well above the safety standards after treatment. All these facts raised doubts about the firm’s ethical integrity.

Unless the utility changes its culture and behavior, it will be unable to win local support for its plans to restart the reactors.

TEPCO, as the operator of the Fukushima plant, has the responsibility to put the priority on decommissioning the reactors and paying compensation to people who have suffered from the accident.

It is doubtful whether the company will be able to operate reactors safely while grappling with the colossal challenge of decommissioning the plant, a process that will continue for decades.

There are legitimate concerns that the company could be unable to secure sufficient human and other resources for its efforts to ensure the safety of the Kashiwazaki-Kariwa plant.

Instead of sticking to its business strategy, which is focused on restoring its financial health by restarting the reactors at the plant in Niigata Prefecture so that it can bear the huge cost of decommissioning and compensation payments, TEPCO should start exploring carving out a viable future without nuclear power generation for itself.

As the utility’s virtual leading shareholder, the government should urge the firm to reconsider its business strategy.