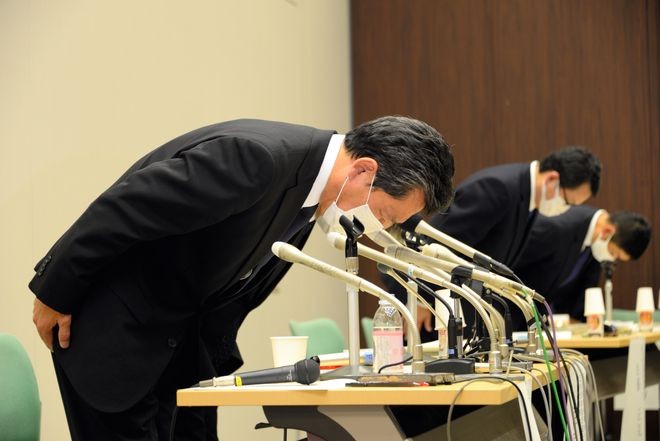 Toshiba Corp.'s top investor has called for an investigation of a botched meeting in July at which it says several shareholders were deprived of their vote, a letter to the Japanese conglomerate's board seen by Reuters shows.

What began as a problem at Toshiba has widened into a larger scandal for corporate Japan, with the bank hired to count the votes, Sumitomo Mitsui Trust Bank, and Mizuho Trust, revealing details of counting errors at more than 1,300 firms.

Singapore-based Effissimo Capital Management, which owns around 10% of Toshiba, is the latest investor to join the outcry over the meeting, which has drawn attention to concerns about governance and treatment of foreign shareholders.

Effissimo and Toshiba both declined to comment on Thursday.

The letter from Effissimo comes after Toshiba this month said more than 1,000 postal voting forms for its July 31 meeting went uncounted. Another Singapore-based fund, 3D Investment Partners, has already called for an investigation, saying its vote had not been fully recognized.

Effissimo said in its letter, which was dated Sept. 23., that Toshiba's board should establish a committee made up exclusively of independent members to investigate whether the July meeting was conducted fairly.

"We have surveyed several dozen shareholders regarding this matter, and were able to confirm that there are in fact several shareholders that were unable to vote in a manner consistent with their intentions," Effissimo said.

Sumitomo Mitsui Trust Bank, which was entrusted with counting the shareholder mail-in votes for the Toshiba meeting, said on Thursday it had found 3.4 million uncounted shareholder votes at 975 client firms.

The trust banking arm of Mizuho Financial Group said it had found 22,848 voting forms were uncounted at 371 shareholder meetings where it had been involved in a joint venture with Sumitomo Mitsui Trust.

Although both banks said the uncounted votes would not have impacted the outcome of any shareholder meetings, the scale of the miscounting is likely to concern investors.

"We deeply apologize for the mishandling of the vote counting," said Atsushi Kaibara, a senior official at Sumitomo Mitsui Trust, as he and another executive bowed in front of reporters at a news conference.

The bank attributed the miscounts to procedures during the peak season for shareholder meetings. To get more time to count the forms, it usually asks the post office to deliver them a day earlier, it has said.

But it would not issue receipts until the day after forms were delivered, meaning that some were mistaken for being past the deadline even though they were delivered on time, it said.

The procedure has been used for a "significantly long time," Kaibara said, adding the bank was now doing away with it.