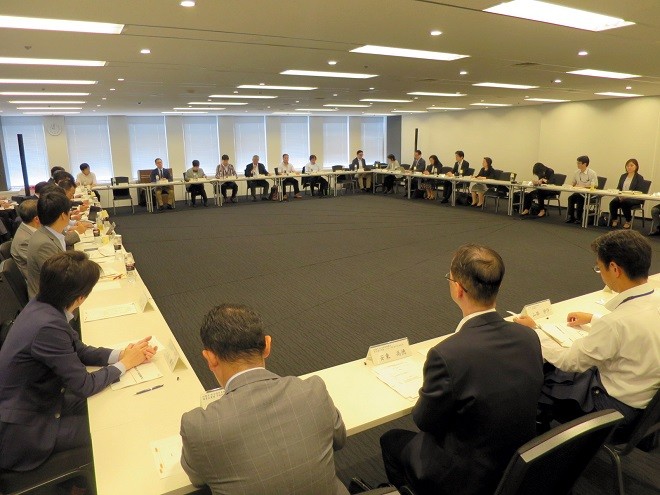 When a market fails to function properly, the government may have to step in. But the decision to take such a step should be preceded by a careful assessment of the situation based on data and a big-picture debate.

No sooner had the new administration of Prime Minister Yoshihide Suga taken office than it began to stress the need to lower mobile phone bills in Japan.

In his inaugural news conference, Suga shot the first salvo in his battle to tackle this problem by denouncing how the three leading wireless carriers have been capitalizing on their market dominance to rake in hefty profits.

“While using frequency bands that are public assets, the three largest mobile service providers have maintained their oligopoly, controlling 90 percent of the market for years,” he pointed out. “They have been enjoying operating profit margins of as high as 20 percent by charging fees that are among the highest in the world."

Suga cited high cellphone rates in Japan as an example of “a thing that is not normal.”

Internal Affairs and Communications Minister Ryota Takeda has echoed Suga’s criticism of high mobile phone charges. The companies are returning too little of their profits to subscribers, Takeda argued.

“Healthier competition in the market could lead to cuts of over 10 percent in prices,” he said.

If indeed the small number of wireless carriers that have been granted frequency bands are taking advantage of their dominance in the market to make excessive profits, the situation cannot be called healthy.

Asahi Shimbun editorials have argued the case for a certain degree of government intervention in the market and supported the policy of promoting competition.

But there are reasons to be skeptical about whether top government policymakers should at this moment talk about an appropriate level of mobile fees under a policy campaign focused excessively on further rate cuts.

Last autumn, a revision to the Telecommunications Business Law came into force.

The revision banned the traditional business practice of bundling the cost of smartphones with wireless services to provide phones without upfront charges as part of fixed-term contracts. It also prohibited charging massive penalties on customers who terminate wireless contracts prematurely to discourage cancellations.

Moreover, a fourth major wireless carrier is gradually making inroads into the market.

A panel of experts advising the communications ministry on this topic has pointed out that there has been a “certain degree” of fee cuts and, as the immediate policy priority, called for lowering fees for switching carriers without changing phone numbers under the so-called “mobile number portability” (MNP) program.

Private-sector surveys have found that Japanese consumers pay considerably more for their wireless services than their peers in most major European cities. Some experts, however, claim wireless fees in Japan are not unreasonably high given that the quality of services is also higher.

The Japanese economy is currently undergoing various erratic changes due to the new coronavirus pandemic.

For the time being, the government should focus on evaluating the effects of the policy measures that have been taken so far while scrutinizing related data.

Since telecommunications infrastructure is vital for our daily lives and economic activities, debate on mobile fees should also address the question of how to improve and upgrade the infrastructure over the long term.

The new Suga administration has also pledged to push a digital government initiative amid a shift to fifth-generation (5G) wireless technology. This infrastructure upgrade for faster connectivity and the development of even more advanced wireless technologies for the future are also creating various policy challenges.

Related key issues that need to be considered include what is a good balance between quality and costs and the division of roles between the public and private sectors in infrastructure investment and technology development.

Politicians should not discuss the prices of products and services that attract the attention of consumers as part of their efforts to court popularity.

Mobile carriers, for their part, should realize that they will lose the support of society if they continue to engage in a single-minded pursuit of profits at the expense of consumers.