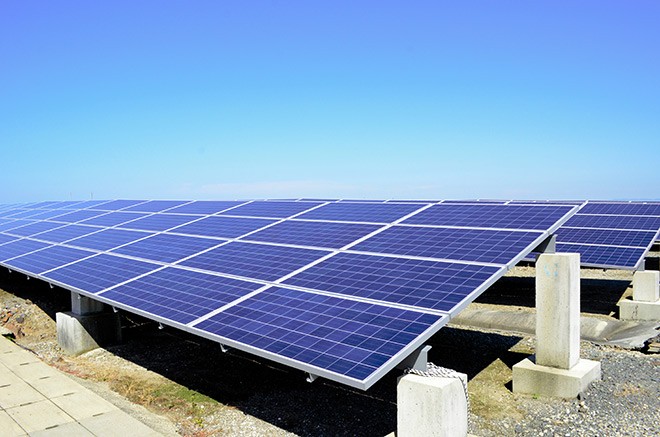 Renewable energy production spiked so dramatically in the first half of 2020 that its contribution to Japan’s overall energy generation is currently in line with the government’s 2030 target, new preliminary figures show.

But one of the factors behind the rapid rise in the proportion of renewable power generation is that overall energy production in the first six months of the year fell due to a decline in demand brought on by the novel coronavirus pandemic.

Experts said if the trend continues, it could kick-start debate over whether the government should raise its target for renewable energy, given the various efforts already being made around Japan to convert to renewable sources.

Renewable energy accounted for 23.1 percent of Japan’s total energy generation mix in the first half of 2020, according to provisional figures compiled by the International Energy Agency (IEA).

The government had set a target of it reaching between 22 to 24 percent by fiscal 2030.

The IEA calculations are based on energy generation volume by source, which member nations submit to the agency.

The IEA report found renewable energy production in the first half of 2020 increased by 18.6 percent when compared against the same period in 2019.

Japan recorded large increases in solar energy, at 14.3 percent, wind power, at 18.5 percent, and biomass, at 22.7 percent, over that period. Hydropower generation also increased by 21.8 percent, in large part due to heavy rainfall in the first half of the year.

But economic stagnation caused by the COVID-19 pandemic led to a 5.4 percent decrease in overall energy production compared to the same period in 2019.

Energy production using natural gas and oil, which both come with large fuel costs, was restrained by the decrease in demand.

That led to the large increase in the ratio of renewable energy in the production mix to 23.1 percent--much higher than the 18.6 percent for all of 2019.

According to the Institute of Energy Economics, Japan (IEEJ), past data shows the ratio of renewable energy for the first half of a given year is often close to that for the entire year. Even though renewable energy production may decline in winter, it picks up in spring.

Institute officials said the IEA figures for renewable energy tend to be about 1 percentage point higher than the official energy statistics released by the Japanese government.

Even factoring that in, Yasushi Ninomiya, a senior researcher in the New and Renewable Energy Group at the IEEJ, said Japan may be able to retain its gains if the trend lasts.

“If the decline in energy demand continues, there is the possibility that the ratio for renewable sources for the entire year could approach the 22-percent target set by the government,” Ninomiya said.

The government is pushing along discussions for a revision of the nation’s basic energy plan. A major focus will now likely be whether to raise the target ratio for renewable sources.