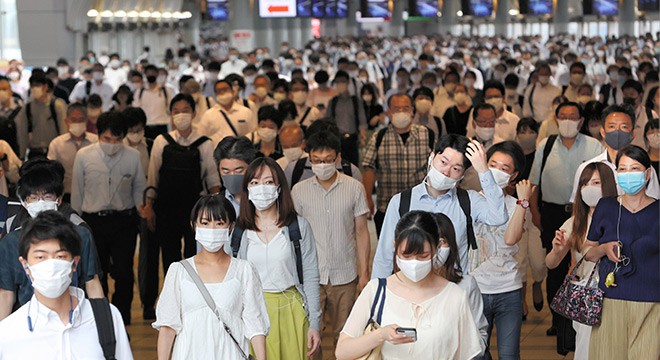 More than 60,000 people have lost their jobs due to novel coronavirus pandemic, and the pace accelerated with a resurgence of COVID-19 infections this summer, according to labor ministry figures released Sept. 24.

The number of workers who were fired or had their contract terminated because of the health crisis stood at 60,439 as of Sept. 23.

Since June, 10,000 people were thrown out of work during a roughly four-week period and on Aug. 31 the total figure exceeded 50,000. Since then, 10,000 or so more people found themselves jobless in a roughly three-week span, pointing to a more accelerated pace.

Many companies fearing their business prospects remained bleak apparently opted to lay off workers as a second wave of infections took hold this summer.

The accelerated pace of unemployment per week as of Sept. 18 was 4,856, the largest since February, when such data became available.

As of Sept. 18, the restaurant industry logged the biggest loss as it added 2,278 employees from the previous week. The total number of people who lost jobs in the industry reached 9,814, the highest figure among all industries for the first time.

It was followed by 9,561 job losses in the manufacturing industry, 8,526 in the retail industry and 7,818 in the hospitality industry.

With tourism in the doldrums due to the pandemic, the hospitality industry reported the biggest loss among all industries since the end of May, when the ministry began analyzing industry-based data.

But the manufacturing industry topped it in late July.

“When the so-called ‘second wave’ of the pandemic hit from July to August, these companies realized that a rebound in consumer demand by the end of the year would be difficult and had no choice but to prepare for the long haul,” Kobayashi said. “They then decided it would be tough to maintain employment costs and started slashing jobs.”