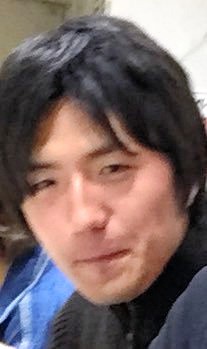 A suspected serial killer whose apartment contained the body parts of nine young people told The Asahi Shimbun that he will plead guilty to murder, contradicting the plans of his defense team.

Takahiro Shiraishi, 29, was indicted in September 2018 on multiple charges, including murder for robbery and forcible sexual intercourse, in connection with the dismembered bodies of eight women and one man found in his apartment in Zama, Kanagawa Prefecture, in 2017.

“Prosecutors have solid evidence and records from questioning, so there’s no use in fighting the charges,” he said in the interview with The Asahi Shimbun in early September. “I’ll admit to the charges with good grace. I want the families of the victims to understand that.”

However, Shiraishi, providing no reason, said he will not apologize to the bereaved families.

“Some people apologize in other cases, but I won’t,” he said.

The interview lasted for about 30 minutes and was held at a facility in Tachikawa, Tokyo, where he has been detained.

His trial under the citizen-judge system will start on Sept. 30 at the Tachikawa branch of the Tokyo District Court.

His defense lawyers have said they will argue that the murder charges should be reduced because Shiraishi had obtained consent from the victims to kill them.

During the interview, Shiraishi wore a mask that mostly concealed his facial expressions. He appeared rather calm and sometimes closed his eyes or crossed his arms while answering questions. He also had shoulder-length gray hair.

“It finally starts,” he said about the trial, which will open about three years after his first arrest in the case.

According to the indictment, Shiraishi lured the nine people to his apartment from August to October 2017 and strangled them with rope.

The victims, whose ages ranged from 15 to 26, were residents of Tokyo and four prefectures.

After killing them, he stole their money, from as little as several hundred yen (several dollars) to several tens of thousands of yen, the indictment said. He is also charged with committing forcible sexual intercourse with the eight female victims.

Shiraishi became acquainted with the victims mainly through posts on Twitter about suicide.

He himself pretended to have suicidal thoughts and proposed dying together with the victims.

The defense team has said that since the victims were suicidal and gave their consent to Shiraishi to kill them, he should be charged with murder by consent.

However, Shiraishi explained during the interview that his real motive was to steal their money and satisfy his sexual desires, as he told investigators.

He told The Asahi Shimbun that he killed the first victim, a 21-year-old woman, because he did not want to pay back the money he borrowed from her.

“We lived together for about a week,” he said. “I did a terrible thing to her.”

One of the bodies found was a man, 20, who was not suicidal at the time. He was searching for the 21-year-old woman, and Shiraishi said he killed him “to bury the evidence.”

He said he killed the other victims to take their money after meeting them in person to determine whether they had any.

Shiraishi also revealed that he lured three other women to his apartment but did not kill them because he thought he could depend on them financially. They were covering his living expenses and bought him clothing, he said.

If the court convicts him of murder and the other charges, he will be sentenced to death by hanging or life in prison.