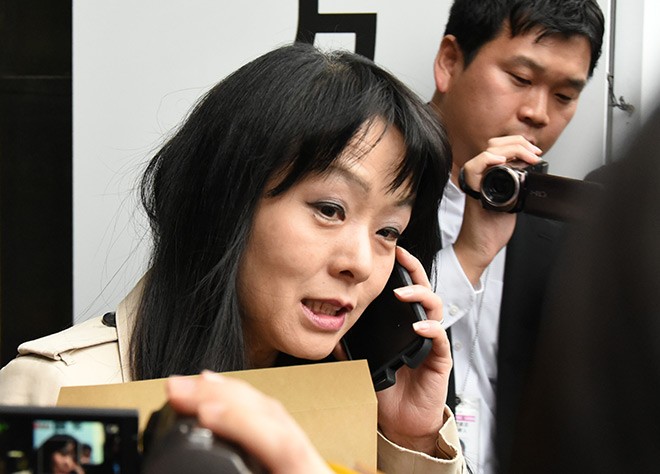 Mio Sugita, a ruling party legislator with a history of making offensive comments, is drawing fire again for reportedly saying that women can easily “lie” about sexual violence.

Her comment came during a closed meeting of Liberal Democratic Party lawmakers on Sept. 25 being briefed on budget requests for fiscal 2021, according to an individual who attended the meeting.

During the meeting, Sugita criticized plans to commission a private group to run a program that would assist victims of sexual violence.

She referred to a private organization that supports former comfort women, a euphemism for those who were forced to have sex with Japanese troops before and during World War II.

“Women can lie as much as they want,” she was quoted as saying by the attendee.

But Sugita denied making the comment when asked by The Asahi Shimbun and other news outlets after the meeting.

She did acknowledge that she mentioned the support group for former comfort women.

“I did point out that such a group should not be treated as a sanctuary where no one can enter to investigate,” she said.

Sugita has in the past called the comfort women issue a fabrication.

She came under heavy criticism in 2018 when she wrote in a monthly magazine to the effect that same sex couples are unproductive because they do not reproduce.

She has also been sued after her Twitter account liked a number of posts that suggested a journalist was lying about being raped.

An online demonstration was held on the night of Sept. 26 to protest Sugita’s latest comment.

The protest, dubbed Flower Demonstration, is usually held on the 11th of every month to call for the eradication of sexual assault. But Minori Kitahara, a writer and organizer of the monthly rally, called for an emergency protest following reports on Sugita’s remark.

“Her comment is outrageous because it sets back a movement toward the elimination of sexual violence pushed by victims who publicly share their experiences,” Kitahara said. “We should not accept what had happened.”