Mount Fuji is capped with snow for the first time this season on Sept. 28. (Takahiro Kumakura) 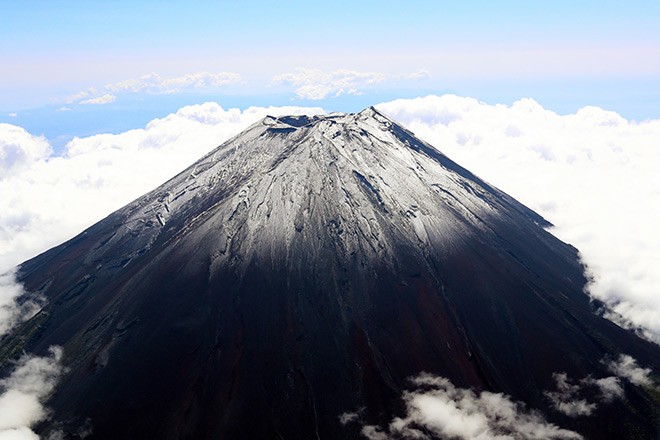 Mount Fuji is seen lightly dusted with snow for the first time this season on Sept. 28. (Takeshi Tokitsu)

Snow apparently fell atop the mountain after temperatures around the 3,776-meter-high summit dropped below freezing on the night of Sept. 27.

Under clear skies on the morning of Sept. 28, Mount Fuji's first snowcap, which came two days earlier than in an average year, was seen from the office’s observatory in the city, located about 40 kilometers from the mountain.

Tourists were taking pictures with snow-capped Mount Fuji in the background at Oishi park in Fuji-Kawaguchiko, Yamanashi Prefecture, at the foot of the World Heritage site.