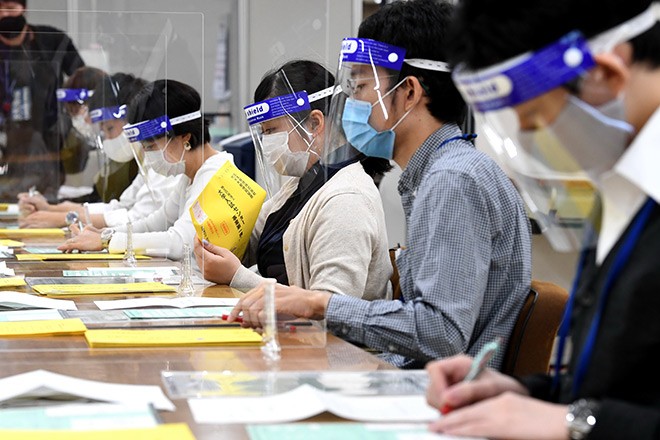 Tokyo confirmed 78 new novel coronavirus infections on Sept. 28, the first time the tally has dipped below 100 since Sept. 23, when 59 cases were reported, according to the metropolitan government.

The number fell by nearly half from the 144 new cases reported in the capital the previous day, which marked the fourth straight day the count exceeded 100.

Twenty-six patients were classified as having severe symptoms that require the use of a ventilator or an extracorporeal membrane oxygenation (ECMO) device, which circulates blood through an artificial lung.

The number was down by three from the previous day.