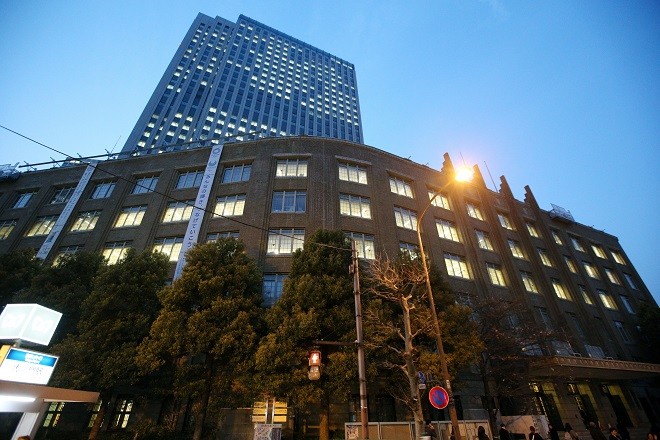 The Agency for Cultural Affairs is located inside this government office building in Tokyo's Kasumigaseki. (Asahi Shimbun file photo)

I still remember the shock of hearing the phrase "zenzen daijobu" for the first time about 20 years ago.

"Zenzen" is an adverb that modifies negative verbs and various other types of negative words and phrases, as in "zenzen shiranai," which means "don't know at all."

But "daijobu," which stands for OK, or fine, is an affirmative word, not negative. Now, if this isn't the ultimate example of the misuse of language, what is?

However, once I became accustomed to this phrase, I had to admit this was rather interesting.

"Zenzen daijobu" is fully accepted today, and its usage is apparently not entirely wrong.

According to "Nihonjin mo Nayamu Nihongo" (The Japanese language that puzzles even the Japanese people) by linguist Shigehiro Kato, the usage of zenzen with an affirmative word was already in evidence during the Edo Period (1603-1867), and was not rare during the ensuing Meiji Era (1868-1912), either.

Whenever it may have started, using zenzen before affirmative words has somehow become the mainstream, blurring the line between the correct and the incorrect.

In that sense, it is quite interesting that there is a gradual decline in the number of people who feel the Japanese language is being corrupted, according to a survey by the Agency for Cultural Affairs.

Twenty years ago, 85 percent of respondents felt the language was going downhill, but the number fell to 66 percent in the most recent survey.

It appears that people's readiness to accept changes has grown along with the continued evolution of the Japanese language.

And the language changes with the times. "Burakku kigyo" (black enterprise) was originally a slang for businesses with yakuza gangster connections. But it later came to denote businesses that ruthlessly abuse and exploit young workers, and that triggered a movement to expose offending companies and bring them to justice.

On the other hand, questions have been raised, from the standpoint of eliminating racism, about using the word "black" in that negative context.

To go back to the use of zenzen before affirmative words, the current usage is said to be an effort to show consideration toward other people.

Let's say someone asked you, "The dishes I made aren't delicious, are they?" If you answer, "zenzen oishii," you are being kind, as "oishii" means delicious.