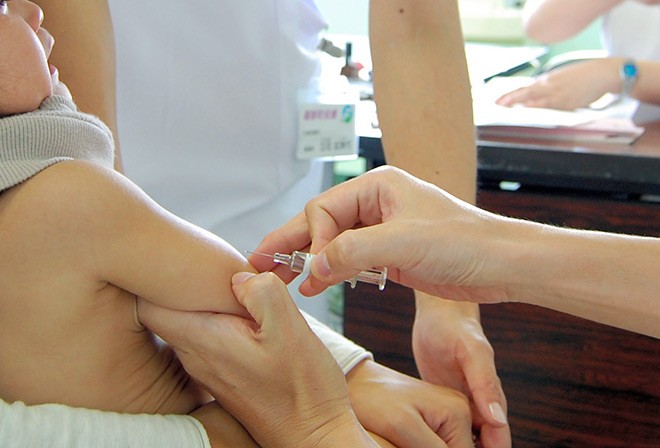 Japan has one of the lowest levels of confidence in vaccines in the world, according to a new study published in the British medical journal the Lancet.

The findings come amid heightened attention on the public’s trust in vaccines, as the world struggles against a deadly coronavirus pandemic.

Experts suggested that the low levels of vaccine confidence expressed in Japan may be the result of a past vaccine safety scare, and could stem from there being little information available to people about vaccinations after their childhoods.

Researchers from the University of London analyzed survey data of about 280,000 people from 149 countries and regions conducted between 2015 and 2019.

The research period and the frequency of survey administration differed across countries and regions, so the data was statistically processed to make them comparable properly.

Both figures ranked third lowest in the world.

On vaccine safety, the second lowest-scoring country was France, at 8.85 percent, while Mongolia ranked the lowest at 8.05 percent.

On the question of vaccine effectiveness, the second lowest-ranking country was Mongolia at 13.04 percent, while Morocco scored the lowest at 10.28 percent.

But 41.76 percent of Japanese respondents said they strongly agree it is important for children to get vaccinated, although still ranking 12th lowest among the countries surveyed.

More Japanese respondents tended to answer “neither” to all three questions than respondents in other countries.

Respondents from Argentina ranked in the top three across all three questions, indicating that they put much more trust in vaccines than those in other countries.

The rate of people in Japan strongly disagreeing that vaccines are effective saw a statistically significant increase when the survey results were compared from 2015 against 2019.

The study highlights Japan as one of the least trusting countries of vaccinations, and suggested that may be partly due to a past vaccine scare, where some people complained of long-term pain after getting vaccinated against HPV, which can cause cervical cancer.

The government then stopped proactively recommending the vaccine over these concerns.

Japan’s health ministry still considers HPV vaccination to be “a problem in need of being solved,” alongside the spread of the rubella.

The World Health Organization (WHO) cited vaccine hesitancy--reluctance or refusal to get vaccinated--last year as one of the top 10 threats to global health. It is becoming a global concern, partly as vaccine-preventable diseases spread in some countries, for example, with measles spreading widely in Europe and elsewhere.

“There is little information available on what kinds of vaccines people need to take after their childhood in Japan,” said vaccine expert Takashi Nakano, who is a professor at Kawasaki Medical School in Okayama Prefecture and a pediatric doctor. “People lack knowledge about vaccines.”

Since even people in good health take vaccines, they are required to meet higher safety standards than other drugs.

“People will tend to have negative opinions about vaccines if they are reported about potential damage to their health with little confidence in them,” Nakano said. “Careful dissemination of information and communication are needed so that people can reflect on the effectiveness and limitations of a vaccine.”