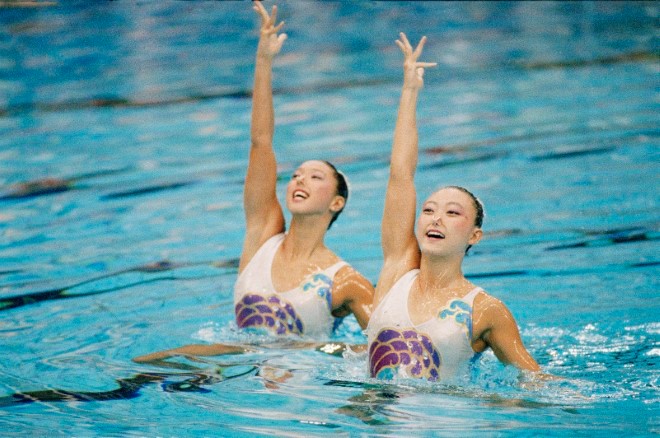 In this Sept. 27, 1977, file photo, Miyako Tanaka, right, and Mikako Kotani perform during women's synchronized swimming duet competition at the Olympic Games of the XXIV Olympiad in Seoul. (AP Photo)

The organizing committee of the Tokyo 2020 Olympics has named Mikako Kotani as its new sports director. She takes over the position on Thursday.

She replaces Koji Murofushi, who is becoming Japan’s Sports Agency commissioner, a position in the Japanese government.

Kotani is also a member of the executive board of the Japanese Olympic Committee and one of the few women in a sports leadership position in Japan.

The cabinet of new Prime Minister Yoshihide Suga has only two women among its 20 members.

The Tokyo Olympics have been postponed by the COVID-19 pandemic until next year. Organizers are adamant that it will take place but have offered few details about exactly how it will happen.