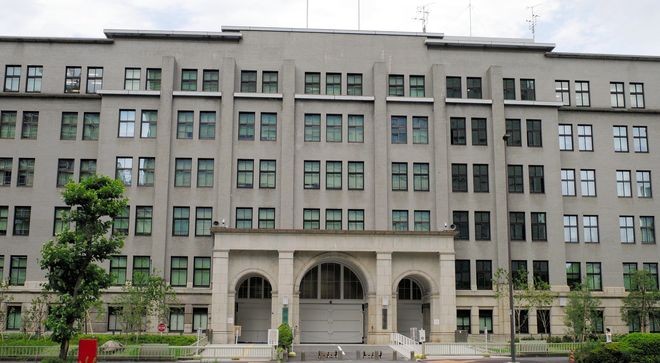 The government is about to start formulating the budget for the next fiscal year, which will start in April.

The budget requests for fiscal 2021 made by ministries and agencies by the Sept. 30 deadline total more than 105 trillion yen ($995.07 billion), an all-time high. While the total is only slightly larger than last year’s figure, the actual amount would be far greater.

The total looks smaller than the actual size of the spending plan because the budgetary requests include many items that do not specify the amounts of funds that would be needed. Such requests, called “jiko yokyu,” are supposed to be exceptions, but are rampant this year.

To be sure, it is difficult to predict how the new coronavirus pandemic will affect the natural increase in social security spending due to the aging of the population, which was estimated to be 530 billion yen in the budget requests for fiscal 2020.

The health ministry should not be criticized for being unable to make clear at this moment the figure needed to deal with the pandemic, which is projected to reach several trillions of yen.

But it is beyond our understanding why so many other key budget requests have been listed without specifying the amounts required.

They include an increase in the expenditures to prevent and mitigate damage from increasingly frequent natural disasters, outlays for promoting smaller class sizes at public elementary and junior high schools, and state subsidies for infertility treatments, Prime Minister Yoshihide Suga’s pet initiative.

The ministries and agencies making such requests without specifying the amounts blame the unclear outlook of the COVID-19 outbreak for their failure to sort out the details of their spending plans. But this is only part of the story.

By not specifying the figures, the ministries and agencies can avoid being berated by special-interest politicians and specific industries when the actual outlays approved by the Finance Ministry for the programs and projects favored by these vested interests turn out to be much smaller than expected.

The Finance Ministry also finds this approach convenient because it makes it easier to extract concessions from the ministries and agencies during behind-the-scenes budget negotiations in the coming weeks.

These reasons concerning the convenience of the government bodies seem to have had greater effects on the process this year than usual because there is effectively no ceiling on the budget requests nor any clear estimate of total government spending for the next fiscal year.

But budget requests have an important role to play in the vital transparency of budget formulation as the ministries and agencies are required to detail their spending blueprints and the calculations for the amounts they are demanding, which are rigorously reviewed and assessed by the Finance Ministry.

Bureaucrats in Kasumigaseki, Tokyo’s administrative quarter, who are involved in the process should not be allowed to draft a budget that is not transparent for their own convenience.

As for the jiko yokyu budget requests without specific figures, the government needs to ensure careful debate on them at the Council on Economic and Fiscal Policy and other related organs and make the decision-making process clearly visible to the public.

As part of the guiding principles for the budget requests for the next fiscal year, the Finance Ministry has decided to cap the requests at the amounts for the current fiscal year, while imposing no limits on “urgently needed” expenditures.

But many of the requests for increased outlays made by ministries and agencies are questionable in terms of the criteria.

The infrastructure and transport ministry, for instance, has asked for increased spending on its plans to build highways and export infrastructure technologies. The science ministry has demanded a sharp increase in expenditures for its manned moon exploration mission program that would translate into an amount more than 11 times larger than the figure for this fiscal year.

The two ministries have defended their requests with the far-fetched claims that these outlays are “corona-related budgets” necessary for economic growth after the pandemic is over.

The government has been expanding its deficit spending without restraint in response to the devastating economic impact of the spread of the virus while failing to map out a convincing strategy for restoring fiscal health.

To secure sufficient spending to protect the lives and livelihoods of people, the government has no choice but to make bold cuts in low-priority expenditures. The process will severely test the new Suga administration’s skills for ensuring fiscal rectitude.