Despite ‘Go To Travel,’ tourist numbers plunged in August 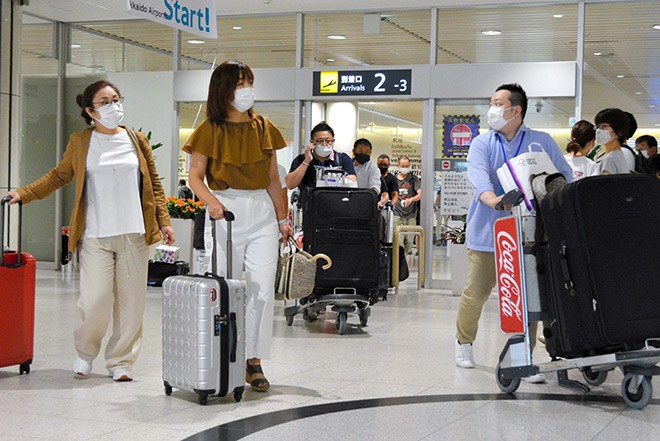 The number of Japanese tourists who stayed in hotels and other accommodations in August plunged by 51.5 percent from the same month a year ago despite the new "Go To Travel" campaign, according to the Japan Tourism Agency.

The number, 26.05 million, includes sightseers who went on overnight trips under the government campaign that began in late July to help the tourism industry ride out the COVID-19 health crisis.

But the agency's preliminary year-on-year figure for August, released on Sept. 30, represented a decline from July, when it was 47.9 percent from the same month in 2019.

The year-on-year rate was rebounding through July after bottoming out in May, at 81.6 percent.

August is usually the month that sees the highest number of overnight guests in a year.

The government’s campaign program provides travelers with a subsidy covering up to half of their travel costs. However, residents in Tokyo were not included in the blitz when it began on July 22 due to concerns of the spread of the coronavirus from the capital, where daily case counts were relatively high.