Researchers discover how gum disease can cause dementia 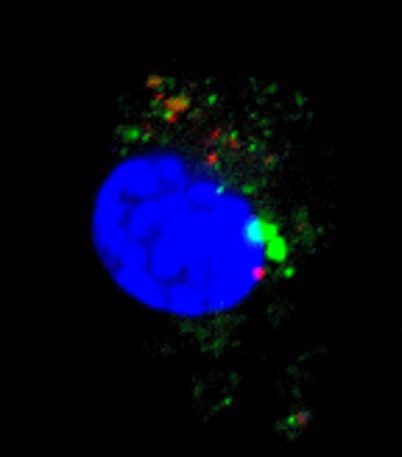 Researchers say they have unlocked the mystery of how gum-disease bacteria invade the body to cause dementia--a discovery that could lead to preventative measures.

A team of scientists that includes researchers from Kyushu University and China’s Beijing Institute of Technology said they have identified how a substance responsible for causing dementia accumulates in the brain, interfering with memories.

“Our study revealed that periodontal disease bacteria speed up the accumulation of an abnormal protein in the brain,” said Hiro Take, an associate professor of neuroscience at Kyushu University. “There is a possibility that treating and preventing this disease may stop dementia from occurring or progressing.”

Researchers have become increasingly interested in the association between periodontal disease and dementia.

Scientists believe Alzheimer’s disease, which accounts for 70 percent of all dementia cases, occurs and advances when amyloid beta and other anomalous proteins gradually increase in volume in the brain over the years.

Recent studies have shown that gum disease bacteria and an associated toxic substance enter the body through blood vessels, leading to the generation and accumulation of amyloid beta in the brain. But it was not clear how exactly the proteins accumulate there.

The research team directly administered gum disease bacteria into the abdomens of mice for three weeks so they would develop the condition. That led the researchers to compare the infected mice with their healthy counterparts.

The results showed a key receptor protein, which carries amyloid beta into the brain, had doubled in its amount on the surface of the cerebral blood vessels in the mice with periodontal disease. The amount of amyloid beta in brain cells rose tenfold as well.

In an experiment that tested their memory, the mice were exposed to electric shocks when they entered a dark chamber. The healthy mice stayed in a well-lit place for five minutes. But the infected ones did not wait as long before re-entering the dark room, waiting just three minutes, indicating that their memory had deteriorated.

The team also administered an agent to inhibit the receptor that brings in amyloid beta. They discovered the therapy succeeded in reducing the volume of amyloid beta in infected cells by 40 percent.