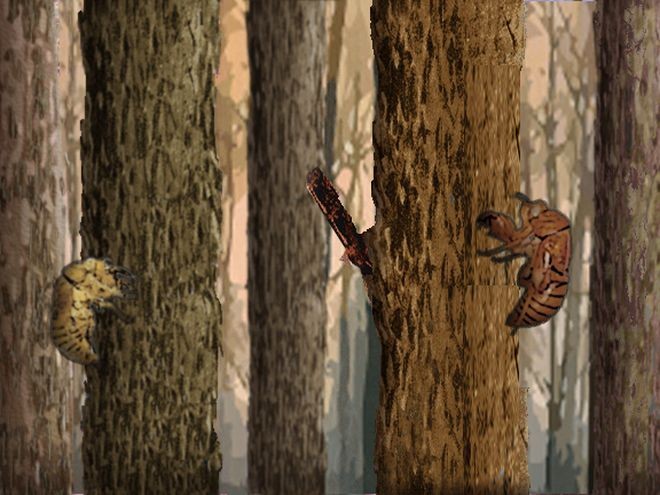 dull day
the warmth of home
in a bowl of passatelli
--Marina Bellini (Mantua, Italy)

trimming hedges
one by one
a flutter of moths
--Rich Schilling (Webster Groves, Montana)

sand mandala
created by the universe
and so, destructed
--Tsanka Shishkova (Sofia, Bulgaria)

The haikuist sheltered deep inside the whorls of a seashell. Writing from Stratford, Ontario, Michael Dudley harmonized a skyline in four words: ocean horizon sunrise corona.

Melanie Vance thought, “The whole scene was so cheerful,” as she watched children playing and riding bicycles along a beautiful beach in Galveston, Texas. Her haiku moment focused on a fabric hairclip designed to look like a butterfly.

The Fox’s nose
black as the forest
behind her

Sunflowers in a row
gazing up
at their great ancestor

Sunflowers
sold out board only
farmyard stand

Regular as clockwork, Satoru Kanematsu’s granddaughter runs home from school to peer into her aquarium and say hello to the fish first. Her brother may give up on his dream to be an aviator.

Puff, puffing
goldfish have worries
to tell her

After a long absence, and before maintenance workers cut the weeds, Charlie Smith returned to teach biomathematics at North Carolina State University. Minal Sarosh studied the walls at home in Ahmedabad, India. A retired surgeon, Scott Hundahl marveled at the refined simplicity, simple elegance and quiet perfection of the beating heart.

The “lingering heat is terrible,” lamented Kanematsu as he watched paint peel, twist and contort on metal sheet fences around construction sites.

where sparrows dwell
where summer slumbers
where am i?

Buddha’s unlimited compassion for flies guided Marco Fraticelli to tenderly treat those facing a second wave of virus in Pointe-Claire, Quebec. Murasaki Sagano offered a prayer in Tokyo. Kanematsu soured on the continuing surge in new cases of COVID-19.

covid continument
a fly on the face
of the stone Buddha

Angela Giordano wrote this one-line haiku at home in Avigliano, Italy: savoring the scent of freshly baked bread in the old village.

Blessed Ayeyame sat down for a chat and curds made from fresh milk in Ughelli, Nigeria. Taofeek Ayeyemi removed a blackened kettle from the fire in Lagos, Nigeria. Tsanka Shishkova drank alone in Sofia, Bulgaria.

making tea ...
the old man nods off
by the hearth

The next issue of the Asahi Haikuist Network appears on Oct. 30 for Halloween. Readers are welcome to send haiku for the first day of winter on a postcard to David McMurray at the International University of Kagoshima, Sakanoue 8-34-1, Kagoshima, 891-0197, Japan, or e-mail to (mcmurray@fka.att.ne.jp).