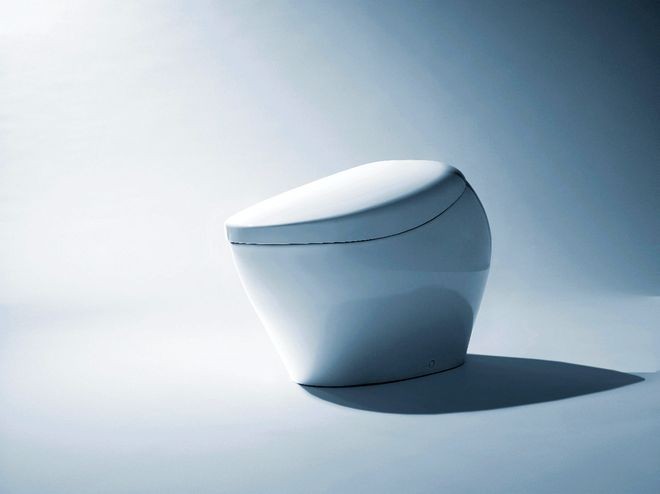 A Japanese company is flushed with success, responding to U.S. consumers' fears of runs on toilet paper amid the novel coronavirus pandemic.

Washlet sales in the United States, where demand has typically been low, more than doubled year-on-year between January and June this year.

“Even in the U.S., people panic-bought toilet paper in March, resulting in a shortage of it. Since then, more people have become interested in the Washlet,” said Katsuhito Nojima, vice president of Toto U.S.A. Holdings Inc., who said the toilets have recently sold well there.

Few in the United States are familiar with toilets like the Washlet that include the bidet feature. Many American homes also don't have electrical outlets in their restrooms, making it difficult to install a Washlet there.

But U.S. interest soared in Washlets after toilet paper disappeared from store shelves during the pandemic.

Despite the hurdle of stay-home polices in place to prevent the virus from spreading, Toto in the United States is still seeing a rise in orders.

“People are using their homes as offices due to the pandemic, and their lifestyles are changing,” Nojima said. “We'd like to meet the demand from people who want more comfortable toilets.”

This year marks the 40th anniversary since Toto, the world’s leading toilet manufacturer, debuted the Washlet, which led the way for consumers to become accustomed to washing their behinds while they used the toilet, utilizing its warm-water shower function.

The Washlet has been popular among households and offices in Japan since hitting the market in 1980. At present, 80 percent of general households use toilets that have a warm-water bidet function.

Numerous luxury hotels outside Japan now have Washlets as well. High-grade Washlets have been a hit with wealthy customers in China, where knock-offs of the toilets are also available.

Toto officials are hoping visiting foreigners in Japan for the Tokyo Olympics next year will be favorably impressed by Washlets, leading to a further sales bump abroad.

When the Washlet first arrived on the market, its TV commercial catchphrase, “Please wash my behind, too,” attracted a lot of attention.

Toto, which originally touted Washlets for their comfort, has recently turned to emphasizing their cleanliness, developing models that have higher dirt-resistance, which company officials hope will accelerate sales during the virus pandemic.

One of the hopeful technologies the company has introduced in models since 2010 is repurposing its water to sterilize the nozzles in the Washlet. Water containing hypochlorous acid is produced by electrolyzing its chloride ion contained in the water.

Though it has not been confirmed that the technology is effective against the novel coronavirus, it does keep the nozzles and toilets clean.

Washlets sold outside Japan come with the technology, but Toto has been dealing with a number of issues with them due to water quality differences.

Water full of minerals can cause clogging due to its impurities. To market Washlets in Europe where many areas have hard water, Toto has gone to great efforts, including developing cleaning liquids for maintenance.

“The Washlet is not yet recognized around the world,” said Hiroyuki Matsushita, Toto’s chief technician, adding that the company intends to "develop functions to impress customers by using and promoting quality Japanese technologies.”

1982 TV commercial with the slogan “Please wash my behind, too,” broadcast