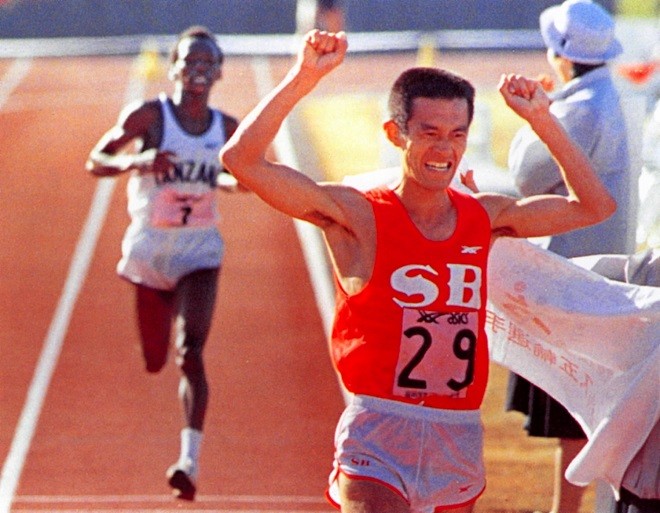 The Fukuoka International Open Marathon Championship, one of the world’s oldest footraces, was awarded World Athletics Heritage status for its advancement of the track and field event.

The marathon was one of six events that received the status from World Athletics on Oct. 3, and it is the fifth Japanese recipient of a Heritage Plaque under the recognition system that started in 2018.

The Asahi Shimbun is one of the organizers of the Fukuoka marathon, which was first held in 1947.

From the 1960s to the 1970s, the marathon course was praised as a high-speed track, and two world records were set in the race, including the first finish under 2 hours and 10 minutes, by Australian Derek Clayton in 1967.

The competition was called “the effective world’s top marathon championship” at the time, and the smooth management of the event received international accolades.

In a statement, British track legend Sebastian Coe, president of World Athletics, praised the Fukuoka race for the excellent reputation it earned in the global athletics community through its long history.