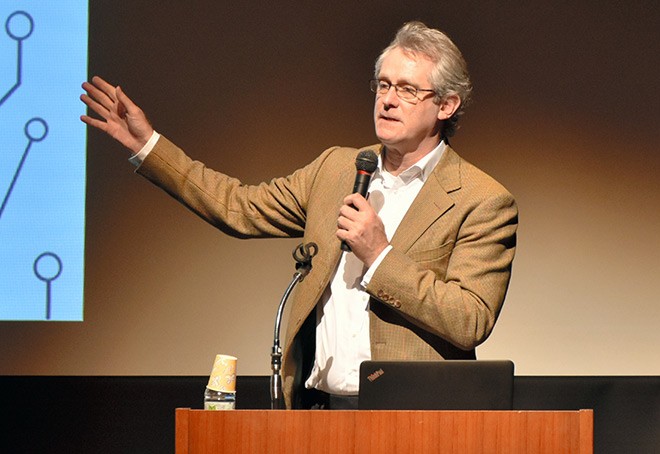 Prime Minister Yoshihide Suga intends to give a longtime resident British businessman a seat on his revamped economic policy council, according to sources.

David Atkinson, 55, is a former investment analyst who is now the president of Konishi Decorative Arts & Crafts, a company that repairs important cultural properties in Japan.

He is expected to serve on the council the central government plans to soon establish to discuss strategies for economic growth.

Atkinson has been a close ally to Suga and provided him with policy advice on tourism and the economy.

Sources said Suga is keen to tap Atkinson to the post to reflect his agenda during the council’s discussions.

Atkinson has written books advocating that Japan establish itself as a tourism-oriented country.

At the end of 2019, when he was still chief Cabinet secretary, Suga announced plans to build “approximately 50 world-class hotels around Japan.” The idea originated with Atkinson.

“Atkinson was right about the policy to increase the number of foreign visitors,” an administration official said. “And Suga trusts him.”

Some of Suga’s pet projects have also been in line with Atkinson’s arguments on the need for a minimum wage increase and the promotion of small business mergers to bolster Japan's competitiveness in international markets.