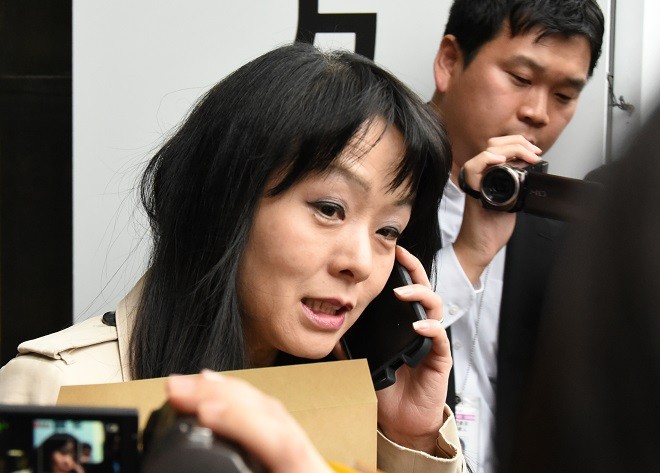 Shigeta Okochi was the target of the same outrage now directed at Liberal Democratic Party politician Masateru Shiraishi over slurs against the gay community.

But unlike Shiraishi and other LDP members, including lawmaker Mio Sugita, Okochi learned from the criticism and has worked to make amends.

“I realized I made wrong remarks, so I am repentant,” said Okochi, now a policy aide for an LDP Lower House member.

Sexual minorities have long been targets of discriminatory comments made by LDP members.

But recent offensive remarks appear to be a pushback against growing calls to legalize same-sex marriages and protect sexual minorities.

Although some LDP members are promoting a more open and diversified society, the conservative view of the “family” remains strong in the ruling party, particularly at a time when Japan’s population is shrinking and birthrates are low.

Okochi was a city assemblyman in Takarazuka, Hyogo Prefecture, in 2015, when he said, “What would you do if homosexuals were to come together in Takarazuka and turn the city into a center of HIV infections?”

After the backlash, he attended study sessions and listened to the accounts of sexual minorities.

Regretting what he had said, Okochi became actively involved in setting up the LDP Special Mission Committee on Sexual Orientation and Gender Identity and is working hard to raise awareness within the ruling party.

He knows that he faces a big challenge.

The issue of low birthrates and the aging population came up at an assembly session in Tokyo’s Adachi Ward on Sept. 25.

Assemblyman Shiraishi, 78, took the podium to question ward officials about measures. He also stressed that schools should teach the significance of childbirth to children.

One government official replied that “children are being taught according to their stages of development.”

Although the official did not mention sexual minorities, Shiraishi voiced his opposition to giving legal protections to same-sex couples.

Akira Shikahama, speaker of the ward assembly, said on Oct. 6 that Shiraishi used expressions that were unbecoming of an assembly member. Shiraishi’s parliamentary group also gave him a strong warning.

But the assemblyman told The Asahi Shimbun that he had no intention of retracting his remarks or apologizing, saying he did not believe his comments were wrong.

After additional pressure from Shikahama, the chairman said Oct. 12 that Shiraishi would apologize and retract his remarks at the Oct. 20 plenary assembly session.

Koji Nakakita, a professor of political science at Hitotsubashi University and a scholar of LDP politics, said remarks like those from Shiraishi stem from the traditional view of the family makeup.

“Many members of male-centered communities have a conservative view of family that prefers a prototypal ‘family of the Showa Era’ (1926-1989), comprising a father working outside, a full-time homemaker mother and their children,” Nakakita said. “They find it hard to have sympathy, or imagination, for LGBT (lesbian, gay, bisexual and transgender) people and other minorities who lie outside their own value system.”

Such communities have been pillars of support for the LDP.

Nakakita said, however, that “signs of change” have emerged within the LDP, which has worked out a bill to promote public understanding of the issue of sexual orientation and gender identity.

Okochi, meanwhile, is trying to promote such understanding within the ruling party.

“LDP lawmakers and local assembly members are lagging behind the public in understanding the issue and are therefore presenting a barrier,” he said. “Many of them stick to the fundamentally wrong belief that homosexuality is a cause of falling birthrates.”

The party has also shown a reluctance to severely punish members who make comments that offend sexual minorities.

Sugita, a Lower House member of the LDP, drew fire in 2018 for saying in a contribution to a monthly magazine that same-sex couples are “unproductive.”

Despite widespread demands for her resignation, she remained in the party and the Diet, and recently caused another uproar by saying that women can easily lie about sexual violence.

Katsuei Hirasawa, another Lower House member of the party, said last year, “Our nation would be gone if these people (sexual minorities) were to end up everywhere.”

Hirasawa is now the minister in charge of revival from the Great East Japan Earthquake, tsunami and Fukushima nuclear disaster.

Members of the public, however, have demanded the LDP change with the times.

An 81-year-old woman whose grandson is openly gay mailed a letter to Shiraishi, the Adachi Ward assemblyman, on Oct. 5.

“I believe it is a matter of course that politics should change,” she said in the letter. “What politicians should be doing is to make sure that LGBT people of this country will no longer have to suffer in their lives.”

(This article was written by Aya Shioiri, Yasukazu Akada and Seiko Sadakuni.)