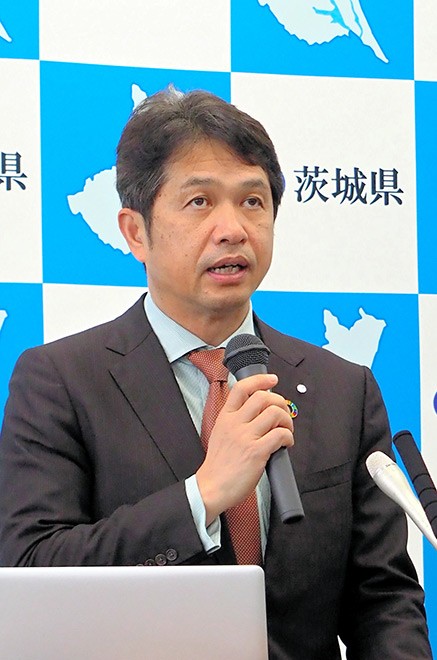 Ibaraki finally pulled out of the basement in a ranking of “attractive prefectures,” replaced at the bottom by Tochigi, whose stunned governor immediately cast doubts on the credibility of the survey.

For seven consecutive years, Ibaraki had ranked last among the nation’s 47 prefectures for allure and appeal in the online surveys conducted by Brand Research Institute, a consulting agency for regional brands based in Tokyo’s Minato Ward.

But according to the results of the latest survey released on Oct. 14, Ibaraki is now 42nd.

The survey, conducted in June and July, covered 84 items, including recognition and whether respondents have visited the particular areas.

The research institute received around 32,000 valid responses and adjusted the data to reflect regional population distributions.

Being the perennial cellar dweller in the surveys had gotten on the nerves of both the public and private sector in Ibaraki Prefecture.

To raise its rankings, the Ibaraki prefectural government has used social media to promote a cycling course it constructed around Lake Kasumigaura while touting local agricultural produce, such as melons.

In July, a committee led by the private sector was established to pull the prefecture out of last place in the ranking.

In the latest survey, 5.0 percent of respondents said Ibaraki Prefecture is “very attractive,” up from the 2.3 percent last year, according to Brand Research Institute. The percentage of those in their 20s who said so jumped from 2.2 percent to 7.8 percent this year, the institute said.

“I’m confident that my prefecture can rank even higher than 42nd place,” Ibaraki Governor Kazuhiko Oigawa said on Oct. 14 after learning the results of the survey.

Tomikazu Fukuda, governor of last-place Tochigi, had a different reaction to the survey.

“I was surprised at the results,” he told reporters at the prefectural government building. “I again doubt whether the ranking is an appropriate index to gauge the charms and the power of prefectures. I think many of the respondents were not so familiar with my prefecture.”

In 2016, the Tochigi prefectural government set a target of ranking 25th or higher in the surveys and has worked out a strategy to improve its brand. But it has been unable to place above 40th.

The Tochigi government decided to drop the target after an expert panel said the ranking is an inappropriate measure of the prefecture’s achievements.

The prefectural government is now creating a new index that reflects the prefecture’s brand.

(This article was written by Takaya Katada and Takuya Ikeda.)