VOX POPULI: How we mourn Nakasone is our business, not the government’s 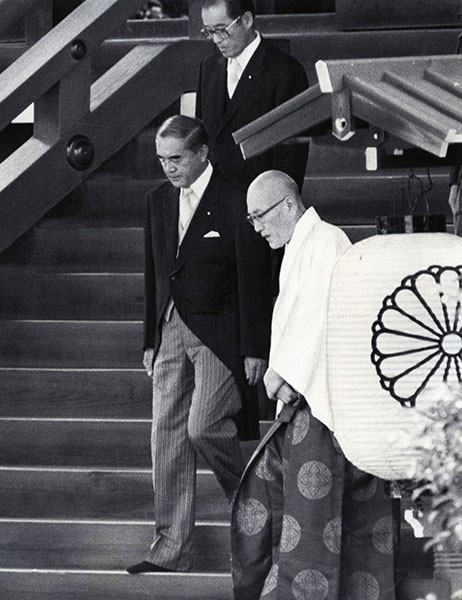 I had an epiphany upon reading this tanka poem by Ai Yamakawa: "A stranger's child whom I don't know/ Is the child lovable?/ I'll decide after I meet the child."

Clearly, the poet was defying the social norm that makes it impossible for anyone to contradict the axiom that all small children are utterly lovable, whatever they are like or whoever their parents are.

But whether you find someone lovable, or think an occasion is worth celebrating, is entirely your call and nobody else's business.

And that certainly goes for how you mourn for the dead--or whether you decide not to mourn at all.

The Cabinet of Prime Minister Yoshihide Suga and the ruling Liberal Democratic Party are jointly hosting a memorial service on Oct. 17 for former Prime Minister Yasuhiro Nakasone, who died in November last year.

The internal affairs ministry reportedly sent a letter to all prefectural and municipal governments earlier this month requesting that they express their condolences on that day by observing a moment of silence, among other things.

A letter to the same effect was also sent by the education ministry to all national universities and prefectural boards of education.

And attached to the letters from both ministries were detailed instructions on how to set the funeral flag to half-staff and when to observe the moment of silence.

Not surprisingly, objections were raised on the grounds that such requests could constitute a violation of freedom of thought.

Chief Cabinet Secretary Katsunobu Kato told a news conference that the requests were "not mandatory."

I am sure that people who admired Nakasone as a great statesman will find it perfectly natural to mourn for him as requested, while some won't do anything because he was not a politician they could respect. And obviously, there also must be those who neither respected nor disliked the deceased, but will mourn for him anyway out of common courtesy.

To each their own. No letter or request for cooperation is necessary.

A similar letter of request was sent out in 2006 prior to a joint memorial service for former Prime Minister Ryutaro Hashimoto. But his younger brother, then-Kochi Governor Daijiro Hashimoto, objected to the government's request on the grounds that the public could feel coerced.

And he insisted that asking the people to offer their condolences "would go against the wishes of my late brother."

GOHAN LAB/ Spring roll with fish and celery: Wrap them all to fuse the aroma inside the crispy wrapper