EDITORIAL: Suga is taking a page out of Abe’s high-handed policy playbook 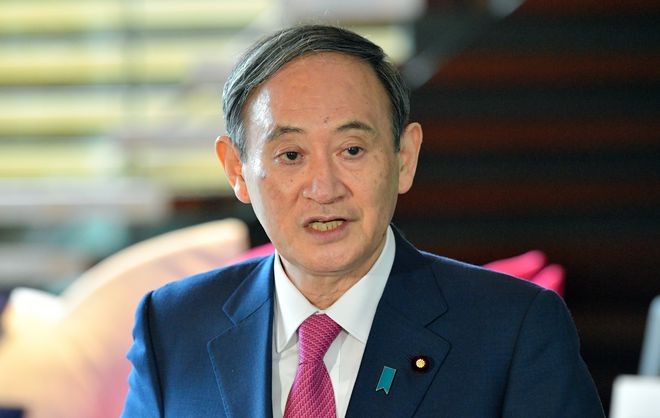 Prime Minister Yoshihide Suga appears to be emulating former Prime Minister Shinzo Abe’s strong-arm political style, marked by blatant disregard for his responsibility to explain his policy decisions and actions, as well as many of his predecessor’s policies.

Suga’s leadership performance so far, which has all the hallmarks of Abe’s governing approach, has raised serious concerns that the deterioration of politics in this nation, a harmful consequence of Abe’s lengthy rule, will continue further.

It has poured cold water on hopes that the new leader would fix these negative legacies of the previous administration.

Suga’s first month in office has seen a series of swift actions concerning specific policy proposals, including cuts in mobile phone fees, public health insurance coverage for fertility treatments and the digitization of the government and the economy.  He has issued a flurry of related orders to his ministers in charge.

On the other hand, however, the extraordinary Diet session will not be convened until Oct. 26. That means the nation’s new prime minister will deliver his first policy speech at the Diet 40 long days after his inauguration.

This delay in facing the representatives of the people is all too reminiscent of Abe’s pronounced disrespect for the Diet, most notably indicated by his failure to respond to an opposition request for an extraordinary session based on a Constitutional provision for months.

This is hardly surprising given that Suga has apparently no interest in confronting the negative legacies of his former boss’s administration. Suga, for example, has refused to open a fresh investigation into the political scandal involving Moritomo Gakuen, a school operator linked to Abe’s wife, Akie.

Suga has decided to cancel the annual cherry blossom viewing party, hosted by the prime minister in the spring, but has shown no willingness to uncover facts about the suspicion that Abe used the event for personal gain.

The ruling camp has taken outrageous actions to threaten the vital independence and neutrality of an academic organization. Suga has refused to appoint six of the candidates to the Science Council of Japan recommended by the council.

Instead of offering any specific reason for his decision, Suga has said, “I considered whether I should just follow the precedent in which (the prime minister) appoints all the academics” on the list of candidates compiled by the council. He also said, “I made the decision from the viewpoint of securing comprehensive and bird’s-eye view-based activities” of the council.

These remarks do not offer any meaningful explanation about his controversial action.

Suga has also admitted that he did not actually examine the list of candidates submitted by the council, leaving the process leading to the decision unclear.

To top it all off, the ruling Liberal Democratic Party has embarked on a review of the council, claiming there are problems with its organization and management.

In its response to the issue, the Suga administration has copied the previous administration’s devious tactics. It has deliberately avoided offering straightforward explanations about the decision, which was made through an opaque process, and tried to dodge criticism by distorting the point in question.

Suga is eager to pursue policies whose personal benefits can be easily told to the public. But he should also give more thought to the fact that political fairness and justice is crucial for the health of democracy.

Suga has adopted the slogan of “a Cabinet that works for the people” and, during the LDP leadership race, pledged to reform practices that are criticized by the public.

As for the science council appointment decision, many people in various areas have protested, including not only academics but also movie directors, screenwriters and leaders of environmental groups.

Does he simply intend to ignore the voices of people who do not support his policies?

The LDP has refused to accept a petition with more than 130,000 signatures demanding the resignation of Mio Sugita, a party lawmaker who said women can easily lie about sexual violence.

Suga, who heads a government that vows to “eliminate sexual violence” as well as the ruling party, is also responsible for paying serious attention to these voices of the people about Sugita’s remarks.