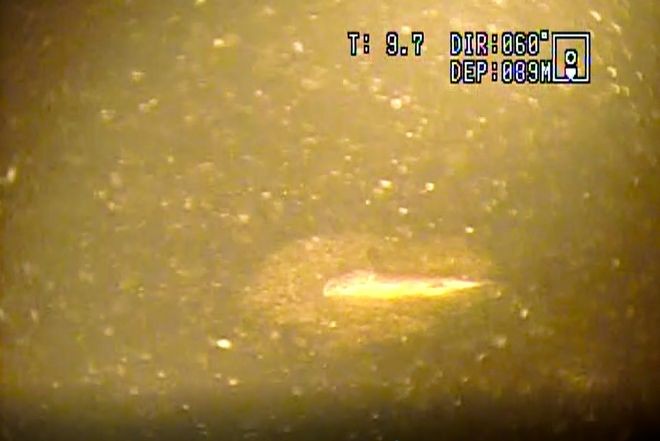 OTSU--Warmer weather has apparently depleted levels of dissolved oxygen at the bottom of Lake Biwako, resulting in the suffocation of deep-water creatures, Shiga prefectural officials said.

In five of seven locations 90 meters below the surface of the lake, dissolved oxygen (DO) levels were found to be less than 0.5 milligram per liter, meaning there was virtually no oxygen, they said on Oct. 9.

When the officials collected samples from five points again on Oct. 6, DO levels were below 0.5 milligram per liter at the same two points from the September survey. It was the first time such low readings had been registered for two straight weeks.

An “isaza” (Lake Biwa goby), a small fish species native to the lake, and a “suji-ebi” lake prawn were found dead 90 meters underwater. They apparently died of insufficient oxygen.

“There is hardly any oxygen in an area wider than ever before, and we have never seen a situation like this,” said an official from the prefectural government’s division in charge of conservation and revitalization of Lake Biwako.

One underlying cause of the severely low oxygen levels could be that the water in Lake Biwako has not fully circulated for two straight years, according to the officials.

The oxygen-rich water near the lake’s surface sinks when it cools during the autumn and winter months, lifting the bottom water and allowing the lake waters to mix. The circulation process makes the lake bottom a habitable environment for fish, prawns and other creatures.

The officials suspect warm winters are leading to the depleting oxygen levels because a drop in water temperature near the surface is needed for the complete circulation.

Strong winds from typhoons and other severe weather can also mix the lake waters. However, there have been only a few such weather conditions since April.

The officials intend to continue monitoring the lake bottom environment and explore how extensively the lake has been affected in cooperation with related organizations.

An official from the prefectural government’s fisheries division said the impact on the fisheries industry is limited.

“Isaza and prawns for human consumption live in a wide range across Lake Biwako,” the official said.