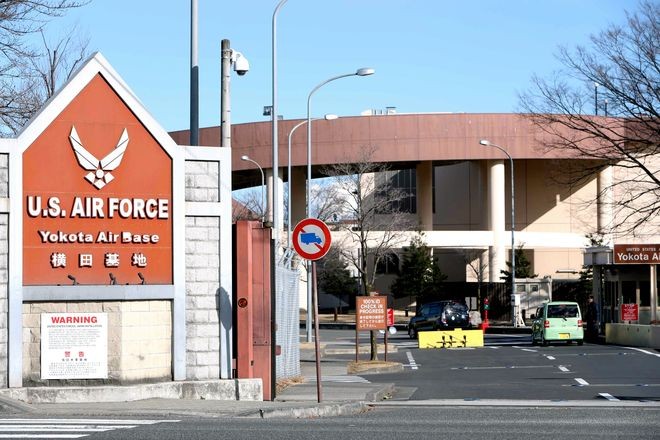 Public support is crucial for any agreement between Japan and the United States on Tokyo’s financial contribution to the U.S. forces stationed here, a key issue for the long-term stability of the bilateral relationship.

The Japanese government needs to gear up to negotiate the deal from a long-term perspective.

The Japanese and U.S. governments have launched preliminary talks to renew the special measures agreement on Japan’s share of the costs of a continued U.S. military presence in this nation.

Under the so-called “omoiyari yosan” (sympathy budget), or Japanese budget expenditures on host nation support for the U.S. forces stationed here, Tokyo pays for such expenses as the wages of Japanese workers at U.S. military bases, heating, lighting and water expenses at these facilities and costs of shifting U.S. military drills to other sites.

The Japan-U.S. Status of Forces Agreement (SOFA) says the U.S. should, in principle, pay the costs for stationing U.S. troops in this nation. In the late 1970s, however, Tokyo started shouldering part of the costs in response to rising prices in Japan and a chronic U.S. budget deficit. The scope and scale of the Japanese contribution has been expanding since then.

Under the current five-year agreement, which expires in March 2021, Japan pays some 200 billion yen ($1.89 billion) annually to offset the cost of U.S. military operations here. The two countries plan to conclude the new round of talks to renew the pact to cover the following five years by the time the Japanese government formulates the budget for the next fiscal year in December, so that it can be approved by the Diet by the March deadline.

But the outcome of the U.S. presidential election in November will significantly impact the course of the negotiations.

U.S. President Donald Trump has been asking Japan and other U.S. allies to increase funding to support the U.S. military presence. According to memoirs written by former National Security Advisor John Bolton, Trump considered demanding that Japan pony up $8 billion a year to help finance the operations of the U.S. forces stationed in the nation.

Trump even suggested threatening to withdraw U.S. troops from Japan to gain the upper hand in the negotiations, according to Bolton’s book. The Trump administration’s unreasonable stance toward the issue is totally unacceptable.

Similar talks between the United States and South Korea that started in autumn last year have gotten bogged down as Seoul has rejected the Trump administration’s demand for $5 billion in annual host nation support funding for U.S. forces, more than five times the amount for last year. There is no prospect of an agreement between the two governments over the matter.

The U.S. Democratic Party is critical of Trump’s demand for such exorbitant price hikes. If former Vice President Joe Biden, the Democratic candidate, is elected president, the U.S. government’s policy toward the issue may change.

Even so, it is unlikely that the bilateral talks will make any headway until Inauguration Day on Jan. 20. This situation raises concerns that the two governments may fail to reach an agreement by the time Japan’s budget for the fiscal year starting in April will be drafted.

The Japanese government is considering a provisional one-year extension of the current agreement to delay full-scale negotiations on a successor agreement to the next fiscal year.

This is a realistic proposal worth serious consideration. When the agreement came up for renewal in 2006, the two governments decided on a two-year interim deal due to the planned realignment of the U.S. forces in Japan.

In addition to the money it shells out under the special measures agreement, Japan is also providing funds to finance the realignment of the U.S. forces. All in all, Tokyo spends some 600 billion yen annually on expenses related to the U.S. military presence in Japan.

Moreover, under former Prime Minister Shinzo Abe’s administration, Japan purchased large amounts of expensive U.S. weapons at a time when it is assuming growing importance to enhance defense capabilities in such new security areas as space, cyber and electromagnetic warfare.

In negotiating the next special measures agreement, the two governments should prioritize sharing common views about the regional security situation and the relevant fiscal conditions while reaffirming the division of security roles between them. It is also necessary for them to take measures to allay anxiety among residents living around U.S. bases.

Through these efforts, Japan and the United States need to lay out a vision for a sustainable bilateral alliance based on broad public support.