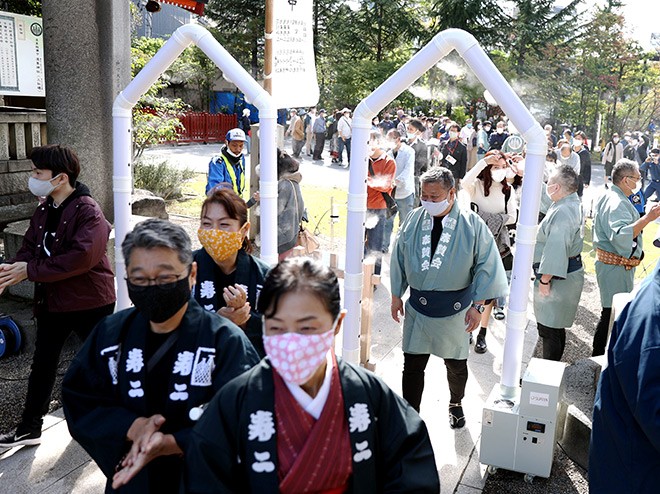 Participants of the Sanja Matsuri festival in Tokyo's Asakusa district have their body temperatures checked and are disinfected as a precaution against the novel coronavirus on Oct. 18. (Nobuo Fujiwara)

Tokyo confirmed 78 new COVID-19 cases on Oct. 19, the first time in a week the count fell below 100, according to metropolitan government officials.

The metropolitan government said the number of serious cases requiring ventilators or extracorporeal membrane oxygenation, also known as an ECMO lung bypass machine, remained unchanged from the previous day, at 24 on Oct. 19.

The Tokyo government also announced that the capital’s cumulative number of COVID-19 cases dropped by three. The three people tested positive for the virus in antigen tests, but they later tested negative in polymerase chain reaction (PCR) tests, according to the government.