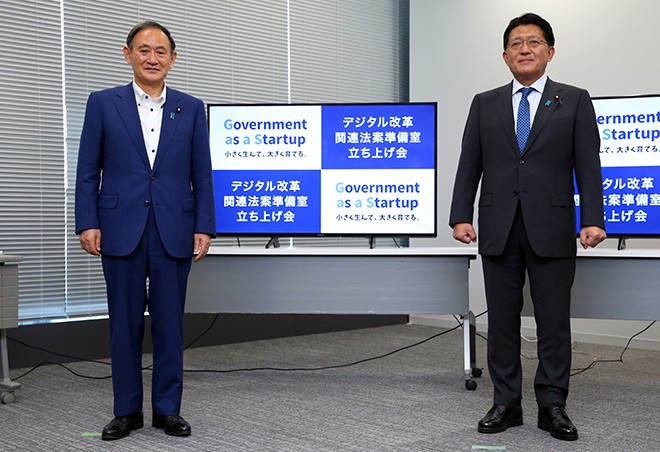 The policy team, known as the headquarters for promoting digitization, started delegating work at its first meeting on Oct. 19 held at party headquarters and set a brisk pace for coming up with its initial proposals.

It is headed by LDP policy chief Hakubun Shimomura and chaired by Akira Amari, the chairman of the LDP’s Research Commission on the Tax System.

Discussions are focused on whether the proposed new agency can have adequate oversight over other government ministries and agencies to fulfill its role of cutting across traditional jurisdictional lines.

When speaking to reporters, Amari acknowledged that he is willing to support that idea, but said having another agency such as the Reconstruction Agency “won’t be realized without the digital agency having considerable power.”

The data utilization subcommittee will focus on ways to protect personal information, while the digital policy research subcommittee will coordinate with the private sector on establishing the new digital agency.

The policy team plans to compile its interim proposals as early as mid-November.

Amari said he expects about 10 bills associated with establishing the agency to be put forward during next year’s ordinary Diet session.

(This article was written by Keishi Nishimura and Natsuki Okamura.)