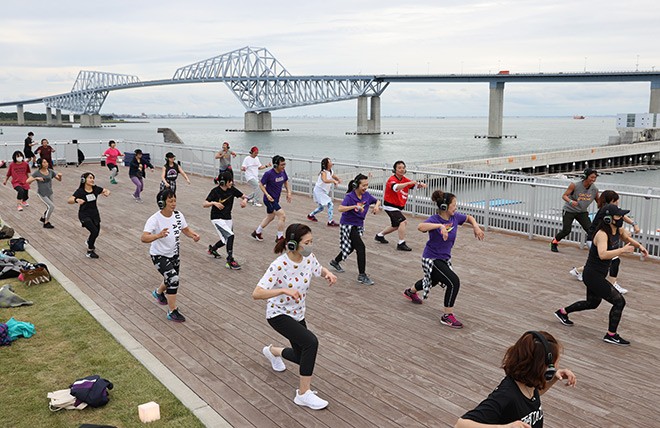 People take part in a fitness program on the roof of a boathouse building at Sea Forest Waterway in Tokyo’s Koto Ward on Oct. 18. (Hikaru Uchida)

Tokyo confirmed 139 new cases of the novel coronavirus on Oct. 20, according to metropolitan government officials, shooting back over 100 a day after dropping to 78.

Thirty-five of the new cases were patients in their 30s, followed by 31 in their 20s and 21 in their 40s. Eighteen people aged 65 or older also tested positive.

The metropolitan government said the number of serious cases requiring ventilators or extracorporeal membrane oxygenation, also known as an ECMO lung bypass machine, remained at 24, unchanged from the previous day.