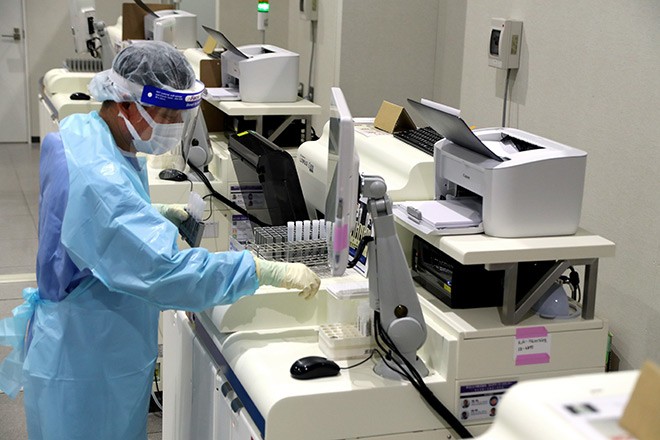 The novel coronavirus pandemic likely made many foreigners residing in Japan realize just how precarious their situation was.

With the spread of COVID-19 infections from spring, the government implemented the measure of, in principle, not allowing permanent and long-term foreign residents to re-enter if they left Japan.

It was difficult for foreigners whose residential base was Japan to leave the nation if they had no assurance of being allowed to return.

Many gave up on important tasks, such as visiting relatives who are ill back in their native land.

Others were kept separated from their family and jobs in Japan for extended periods because they simply had to leave.

While foreign residents were allowed to re-enter Japan from September, that came on the condition that they could show they had tested negative for COVID-19 within 72 hours of departing for Japan.

In some nations, it is not easy to get such a test and a new hurdle was thrown up for those who traveled to such nations.

On the other hand, no such restrictions were placed on Japanese returning from abroad.

The major disparity that arose left an emotional wound in many foreign residents who prided themselves on having engaged deeply with their local community and fulfilled such obligations as paying taxes.

I was at a loss for words when a European acquaintance of mine asked me, “Does the government of Japan consider foreign residents to be second-class citizens?”

A number of Tokyo-based organizations of Western business people have repeatedly asked the government to change its latest policy.

Their anger and disappointment are understandable.

Although Japan is not the only nation to restrict entry by foreigners to prevent the spread of the novel coronavirus, many advanced nations have allowed those with permanent or long-term resident status to re-enter.

And other nations have different approaches to checking on whether a prospective returnee is infected with COVID-19.

For example, Germany conducts tests upon entry depending on where those individuals departed from. The focus is on where they came from rather than on what passport they held.

One reason Japan is not in line with the standards of other advanced nations is the absence of discussions on not only obligations foreign residents have, but also how to protect their rights as contributing members to society since they are not simply tourists or short-term visitors.

Eight years ago, the foreign registration system was abolished, and a resident document is issued to anyone who remains in Japan for more than three months just like a Japanese.

Can Japan become a nation trusted in the international community if it is unable to obtain the trust of foreigners who reside here?

Kanako Ida is the editorial writer covering topics related to the judicial system.