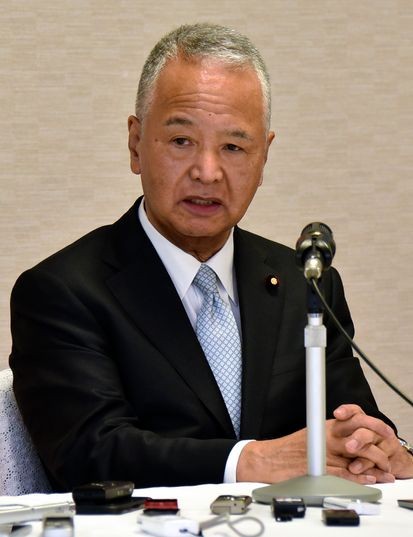 Discussions have begun in the ruling Liberal Democratic Party’s Research Commission on the Tax System on fiscal 2021 tax reforms, which will be worked out at the end of this year.

The coronavirus crisis, which is not likely to end any time soon, has driven no small number of households and businesses into financial straits.

On the front end of the tax system, however, an enhancement of the tax credit for housing loans, which was introduced to coincide with the consumption tax rate hike in autumn last year, is expiring at the end of this year.

A reduction in the environmental performance tax for automobiles, and the tax credit for eco-friendly cars, will also expire next spring.

The burden of the fixed asset tax will also increase from the next fiscal year if it is calculated based on land prices that were rising before the onset of the COVID-19 pandemic.

The housing and auto industries play a major part in the economy. The fixed asset tax, which has to be paid even by those in deficit, weighs more heavily on businesses that are financially struggling the most.

It is certainly understandable that Akira Amari, chairman of the LDP tax commission, said, “We will be giving more careful thought than in other years to discussions that amount to tax hikes, given the falling tax-bearing capacity (of taxpayers).”

There could, however, be side effects unless the tax system is reviewed constantly in accordance with the state of socioeconomic affairs.

For example, the tax credit for housing loans is a mechanism for subtracting 1 percent of the outstanding loans as of the year-end from the amount of income and other taxes to be paid.

The interest rates of housing loans have dropped significantly since the mechanism was created in 1986. Some financial institutions are currently offering loans at variable interest rates of only less than 0.4 percent a year, which allows borrowers of larger loans to earn greater “profit margins.”

It is questionable, from the viewpoint of fairness, to keep a system in place that is more advantageous to affluent people, who can afford to take out large loans, while at the same time raising the rate of the consumption tax, which is regressive, or claims a proportionally greater amount from lower income earners.

A comment made by the Board of Audit, which called for a review of the effectiveness of policies, should be taken seriously.

The tax credit for eco-friendly cars waives taxes not only for electric vehicles, which emit no carbon dioxide as they run, but also for many models of gas-electric hybrid vehicles and even for diesels.

Excessively preferential treatment for hybrid and other vehicles could put the green technologies of Japanese manufacturers into a pitfall of the “Galapagos syndrome,” or a path of evolution that is isolated from the rest of the world, when other countries of the world are rushing to spread the use of electric vehicles.

It is a worrying development that discussions in the LDP tax commission are focused too much on reducing burdens of the immediate future.

The coronavirus crisis has prompted more than a few people to work freelance through information technology, switch jobs or do a side job.

The current thinking behind the income tax system, which is modeled on the Japanese-style employment system that is about working one’s entire life for a single company, is probably falling out of sync with the times.

The tax system should be reviewed so tax burdens will not be borne in an unfair manner by people of different working styles.

It is also essential to address income disparity, which has intensified and has been brought to broad notice under the COVID-19 pandemic. A further progress of digitization could widen the disparity even more.

Taxation of income from financial transactions, such as dividends on shares, should be strengthened so as to reinstate the income redistribution function of Japan’s tax system, which has been weakening even by international standards.

The tax commissions of the government and the ruling parties should hold extensive and in-depth discussions, taking into account necessary responses to mid- and long-term challenges, as they design Japan’s tax system for the immediate future.