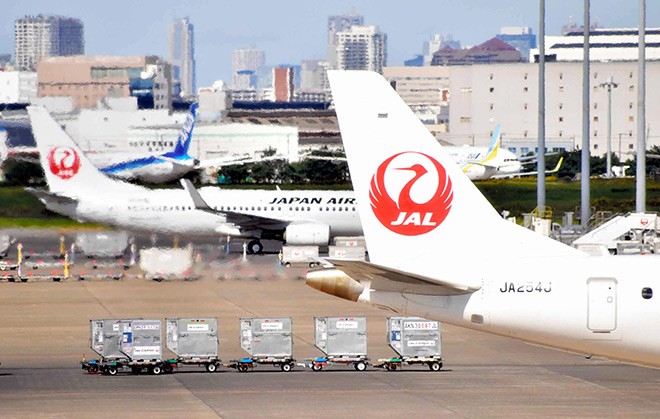 Japan Airlines Co. (JAL) is expected to post an operating loss of about 85 billion yen ($811 million) for the July-September period, an improvement over the previous quarter amid the ongoing COVID-19 pandemic, sources said.

Demand for international flights has plummeted with the global spread of the novel coronavirus, but the number of passengers for domestic flights has recently been recovering.

JAL reported an operating loss of 131 billion yen for the April- June quarter.

On Oct. 30, the airline is also expected to announce an operating loss of about 210 billion yen in its midterm settlement of accounts for April to September under international accounting standards, the sources said on Oct. 25.

For the same period last year, JAL posted an operating profit of 96.8 billion yen, but a simple year-on-year comparison cannot be made due to the changes in accounting standards from fiscal 2020.

The Japanese airline company has cut advertising expenses and slashed employees’ bonuses to reduce its annual fixed costs by 90 billion yen. But its quarterly earnings will still fall into the red.

The number of JAL passengers for domestic flights between April and June plummeted by 87 percent year on year.

However, domestic passenger numbers have recovered gradually since July. The year-on-year decline was 69 percent in July and August, and the recovery continued in September, the sources said.

ANA Holdings Inc. marked an operating loss of 159 billion yen for the April-June quarter. The airline company will announce its midterm results on Oct. 27, and it is expected to forecast a record net loss of 500 billion yen for fiscal 2020, according to sources.