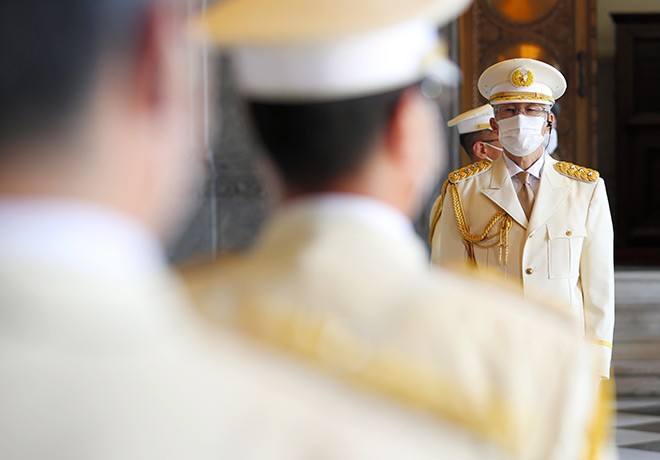 Diet guards stand ready to welcome the emperor, who attended the ceremony to open the extraordinary Diet session on Oct. 26. (Nobuo Fujiwara)

Tokyo confirmed 102 new COVID-19 cases on Oct. 26, the first triple-digit count for a Monday in nearly two months, according to metropolitan government officials.

The number of newly confirmed infections of the novel coronavirus tends to be lower on Mondays than other days of the week because of the fewer tests conducted in the previous few days.

The last time the Monday tally reached triple digits in the capital was on Aug. 31, when 100 new cases were reported.