Abe officials took an interest in Science Council process in 2014 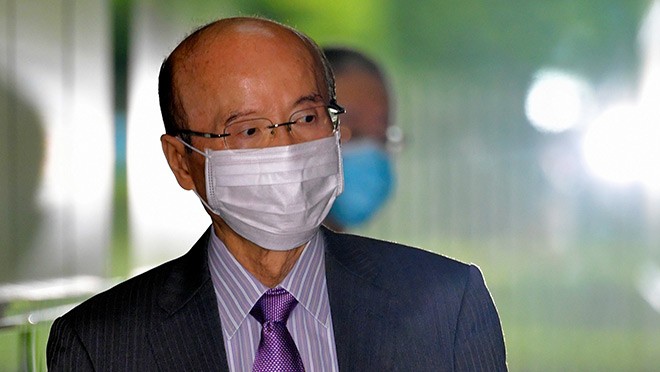 Officials working under Prime Minister Shinzo Abe back in 2014 asked the Science Council of Japan about its membership selection process and received a long list of 117 candidates, sources said.

Takashi Onishi, a professor emeritus of urban engineering at the University of Tokyo who was then president of the Science Council, and officials in the council secretariat within the Cabinet Office met with Kazuhiro Sugita, a deputy chief Cabinet secretary, at the prime minister’s office in July 2014.

The purpose of the meeting was to report that a decision had been made on recommendations for council membership.

But sources said that Sugita asked for an explanation on how the recommendations were made, and that was when Onishi showed Sugita the list of 117 candidates.

However, another former council executive said, “The list of scholars should not have been shown even if it was after a decision had been made on the recommendations because the prime minister’s office should not have been given the opportunity to interfere in personnel matters.”

Under the law governing the Science Council, the prime minister appoints 105 new members every three years based on the council’s recommendations.

The appointments had been considered a mere technicality until Prime Minister Yoshihide Suga denied membership to six recommended scholars in October, sparking criticism that he was violating academic freedom.

However, several days after the July decision, Onishi gave the explanation to Sugita as well as the list of 117 scholars that was whittled down to the final 105.

In late August that year, Onishi met with Suga, who was then chief Cabinet secretary, and explained that 105 academics had been recommended. Abe then approved all of the recommendations.

Officials in the prime minister’s office said they did not know what occurred during the selection process in 2014.

In autumn 2011, when 105 new members were appointed to the council, Seigo Hirowatari, professor emeritus of the sociology of law at the University of Tokyo, was the Science Council president.

“We did not present a list of scholars exceeding the number to be appointed either before or after the recommendations were decided on,” he said. “We never even went to the prime minister’s office to explain how the process worked.”

Prime ministers have rubber-stamped the appointments to underscore the independence of the council.

Critics suspect Suga decided not to appoint the six scholars, who were supposed to begin their six-year terms from October, because they had previously criticized government policies.