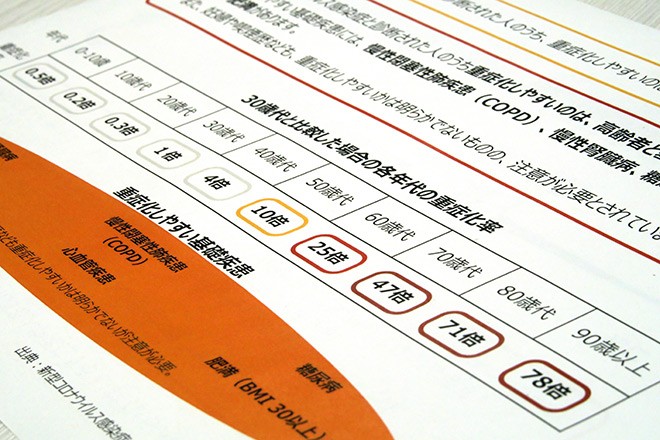 A panel of experts advising the health ministry warned that the country’s novel coronavirus infections have been “slightly increasing” since the start of October with upticks continuing in Tokyo, Hokkaido and elsewhere.

The panel, which met on Oct. 28, adopted a grimmer view about the number of nationwide infections, changing its assessment from “unchanged or slightly increasing” given at its previous meeting on Oct. 22.

It said the number of new cases in the greater Tokyo metropolitan area remains high and infections are on the increase in Hokkaido, where cluster infections have occurred in an entertainment district, as well as Aomori, Miyagi, Gunma, Saitama and Okinawa prefectures.

The number of new infections that can spread from just one infected person, called the effective reproduction number, was high in some prefectures such as Osaka, Hokkaido, Okinawa, and the estimated nationwide figure stood at 1.02 as of Oct. 8, according to the analysis. The number above one means infections are spreading.

“We didn’t bring up the impact of the ‘Go To Travel’ program on the rise in cases at the meeting,” said Takaji Wakita, who chairs the panel, after the Oct. 28 meeting. “But movement of people could help increase infections, so we need to closely monitor it.”

He also pointed out that cluster infections have occurred at a variety of locations, including entertainment districts in cities outside urban areas, group meals, and workplaces as well as among non-Japanese communities.

“Necessary information should be provided in foreign languages so that foreigners can consult or visit medical institutions,” said Wakita, who is also the head of the National Institute of Infectious Diseases.

The panel also announced the same day the percentage of people who became seriously ill after they were confirmed infected with the virus between June and August, when a “second wave” of infections hit the country.

The data show elderly people and those with pre-existing conditions tend to develop severe symptoms of COVID-19.

The panel classified patients who were hospitalized in intensive care units, placed on ventilators or died after contracting the virus as “serious cases.”

(This article was written by Shuichi Doi and Naoyuki Himeno.)