Panel calls for tougher penalties for criminals aged 18 and 19 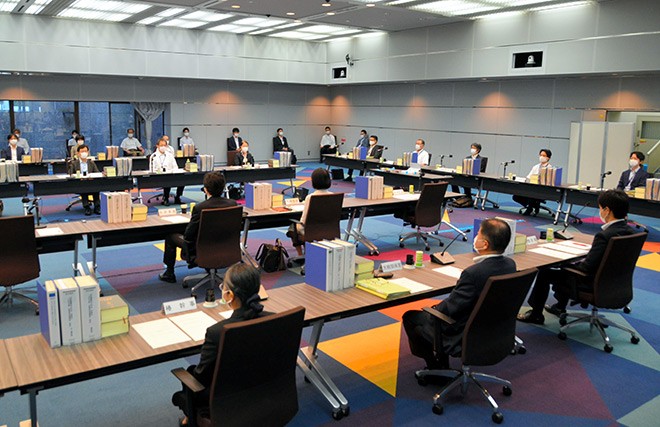 A Justice Ministry advisory panel on Oct. 29 recommended harsher penalties for crimes committed by 18- and 19-year-old offenders in its suggested revisions of the Juvenile Law.

The Legislative Council said offenders of that age should be treated more like adults, but it stopped short of recommending a lowering of the current age of 20 as the threshold for applying the Juvenile Law.

Other recommendations included expanding the range of crimes that such juveniles could be charged with and allowing the release of the offender’s name and photo after indictment.

The Justice Ministry plans to compile legislation that reflect the recommendations and submit it to the ordinary Diet session to be convened early next year.

The council said the much-discussed issue on whether to lower the maximum age under the law should be discussed in the course of the legislative process.

It said 18- and 19-year-olds could be reformed so they should be treated in the criminal justice system differently from those older and younger than them.

Under the Juvenile Law, suspects’ cases are sent to a family court, which looks into the family background and details of the crime. Those 16 or older who commit crimes that lead to a loss of life are now sent from the family court to prosecutors for further investigation.

But the Legislative Council recommended that for 18- and 19-year-olds, the range of indictable crimes be expanded to include all that carry a minimum penalty of at least one-year imprisonment. The new crimes covered by the change would include robbery, forcible sexual intercourse and arson.

And even if the cases are not sent to prosecutors, the council recommended that 18- and 19-year-olds be disciplined to match the severity of their crimes. The Juvenile Law currently allows for leniency for many crimes because the offenders are still minors.

At the same time, the council recommended that family courts no longer consider cases of juveniles who committed no crimes but were considered likely to do so because they ran around with the wrong crowd.

The 18- and 19-year-olds should also be removed from being subject to indefinite prison terms, which are often used flexibly when there is the possibility a convict might reform during incarceration, the council said.

The recommendation to allow the media to report names and show photos of 18- and 19-year-olds who are indicted also arose after a subcommittee failed to reach agreement on lowering the age for defining juveniles.

Some members initially called for lowering the age for juveniles to under 18. If that went through, 18- and 19-year-olds would no longer be covered by the Juvenile Law provision banning disclosure by the media of their name and photo.

But when it became clear that no agreement would be reached on lowering the age defining juvenile, the subcommittee suggested the new provision about reporting on 18- and 19-year-olds.

The subcommittee also made the change because lawmakers in the ruling coalition had already agreed to allow for such reporting.

The discussions on revising the Juvenile Law were prompted by the planned change to the Civil Law in April 2022 that will lower the age of adulthood to 18.