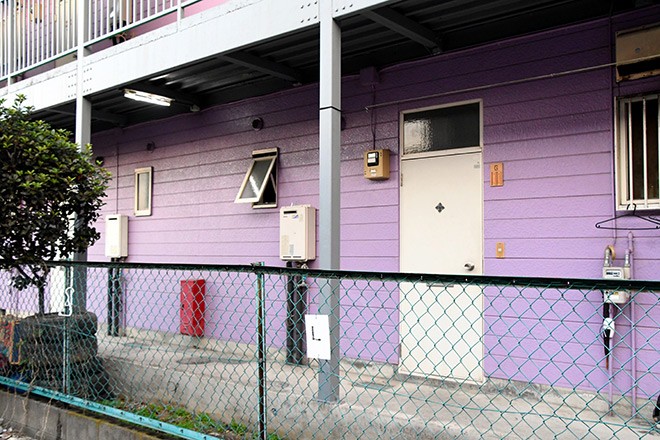 An apartment in Kamisato, Saitama Prefecture, where a Vietnamese man lived and allegedly slaughtered a pig for its meat (Saori Kuroda)

SAITAMA--A 29-year-old Vietnamese man was arrested on suspicion of violating the slaughterhouse law by butchering a pig in his apartment without permission of authorities, police announced on Nov. 1.

Tran Xuan Cong, who is unemployed and residing in Kamisato, Saitama Prefecture, was first arrested on suspicion of overstaying his visa on Oct. 21. He came to Japan in July 2018 as a technical intern trainee on a one-year visa.

Police will question Cong on a series of livestock thefts in the northern Kanto region earlier this year as he is suspected of slaughtering a swine to resell its meat, according to investigation sources.

They will also investigate whether he was associated with four Vietnamese men who were arrested last month on allegations of slaughtering a pig in around July in Ota, Gunma Prefecture, the sources added.

Cong is suspected of butchering a pig for its meat in his apartment’s bathroom sometime between July and Aug. 13.

Police said the suspect told investigators that he did not think butchering a swine was illegal in Japan because people in Vietnam have a habit of doing so.

Police questioned him near his apartment on Oct. 11 after they were tipped off by a neighbor that the man had stolen a swine and pears and sold them.

They searched his apartment on Oct. 17 and arrested him on suspicion of breaching the immigration control law.

Police found records in Cong's smartphone of sending images of processed meat to another Vietnamese asking if there were people who wanted to buy pork, according to the sources.

He told police that he had lived with four or so other Vietnamese in his apartment and that he bought the processed pork from a Vietnamese and ate the meat with acquaintances.

The man reportedly came to Japan to earn money after borrowing 700,000 yen ($6,700) as he said his life back in Vietnam was difficult.

Cong reportedly worked in Yokohama in a food processing job, putting in six days a week for about 140,000 yen in monthly wages.

He fled to make money although his visa expired. Cong moved into the apartment in Kamisato through the assistance of his friend and worked in dismantling buildings.

(This article was written by Keita Yamaguchi, Ryohei Miyawaki and Saori Kuroda.)