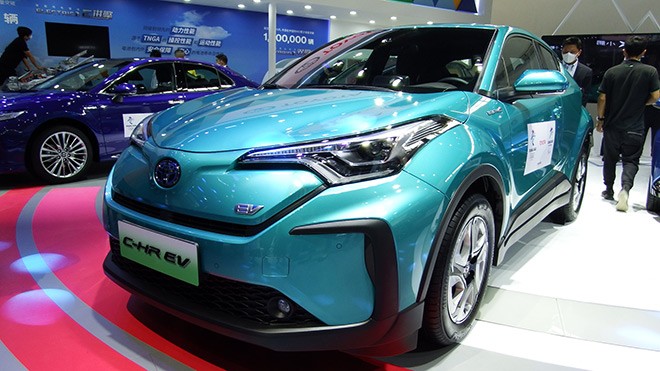 Japanese automakers are ramping up production of electric vehicles and other eco-friendly models in China as the world’s largest auto market moves to shut out conventional gasoline-powered vehicles by 2035.

Although they lag behind their rivals in overall rollout of clean energy vehicles, Japanese carmakers intend to cash in on China’s ambitious goal by drawing on their strengths to produce gas-electric hybrids.

Nissan will set up new assembly lines in Changzhou, Jiangsu province, by year-end and Wuhan in Hubei province in 2021 for the purpose.

The company's goal is to increase its production centers in China from four to six, raising annual output capacity by 400,000 units to 1.8 million units.

Nissan said that although it intends to scale back global annual production to 5.4 million units from 7 million units through closures of factories and a review of production systems, the bolstered output in China has been incorporated into the blueprint.

Toyota Motor Corp. is building two new plants in China, where it expects to roll out EVs and other eco-friendly vehicles to increase its current capacity of 1.27 million units.

It had announced plans to introduce 20 electrically driven models between 2018 and 2025. Honda has already marketed two EV models in China.

At the Beijing Motor Show this fall, Honda unveiled a prototype EV that it will sell for the first time under its brand.

Japanese carmakers are responding to announcements by the Chinese government to accelerate the development and sales of what it calls new energy vehicles that cover EVs to Plug-in hybrid electric vehicles and fuel cell electric models.

On Oct. 27, China unveiled a road map that would see such vehicles accounting for more than half of new car sales and gas-electric hybrids representing the rest of new car sales by 2035 to eliminate conventional gas-powered vehicles from Chinese streets.

Under the road map, 20 percent of all new car sales will comprise so-called new energy vehicles in 2025.

The Chinese government also said Nov. 2 that it expediate efforts to become a global automobile power by promoting construction of hydrogen fueling stations and enhancing the ability of domestic makers in the core automotive technology to build sophisticated chips and operating systems.

The Chinese auto market is expected to continue to expand in years to come.

LMC Automotive, a British marketing research firm, forecasts that sales of new cars will hit the 30 million mark in China in 2025, compared with 25.5 million in 2019.

(This article was written by Akihiro Nishiyama in Beijing and Kazutaka Kamizawa in Tokyo.)