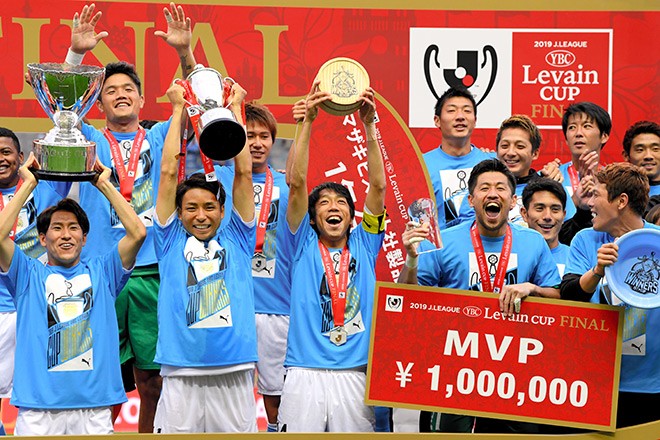 A novel coronavirus outbreak among Kashiwa Reysol club members, including three players and the head coach, forced the J.League on Nov. 4 to postpone the YBC Levain Cup final.

Kashiwa Reysol was scheduled to play against F.C. Tokyo in the championship game at the New National Stadium in Tokyo on Nov. 7.

However, 13 people affiliated with Kashiwa Reysol, including head coach Nelsinho Baptista, 70, and three players, were confirmed to be infected with the new coronavirus.

“If we take players’ safety into consideration, we can’t hold the game in this situation,” said J.League Chairman Mitsuru Murai.

He added that the championship match will be rescheduled.

A Kashiwa Reysol player tested positive on Nov. 2, forcing the team's J1 match against Vegalta Sendai at Yurtec Stadium Sendai to be canceled on Nov. 3.

According to an announcement by Reysol on Nov. 3, Baptista and one staffer also tested positive.

Baptista had a temperature of more than 38 degrees at one point, but his fever later subsided. He was hospitalized in Chiba Prefecture on the night of Nov. 3 as a precautionary measure.

According to the results released on Nov. 4, 10 additional people, including two players, tested positive.

The J.League Cup final will be postponed for the first time ever, according to J.League officials.

Since F.C. Tokyo will also participate in the AFC Champions League, it will be difficult to reschedule the final.

“We will decide on the schedule after discussing it with both club teams, but the game could be held at the beginning of the new year,” Murai said.