Intractable anemia and drink problems could be linked 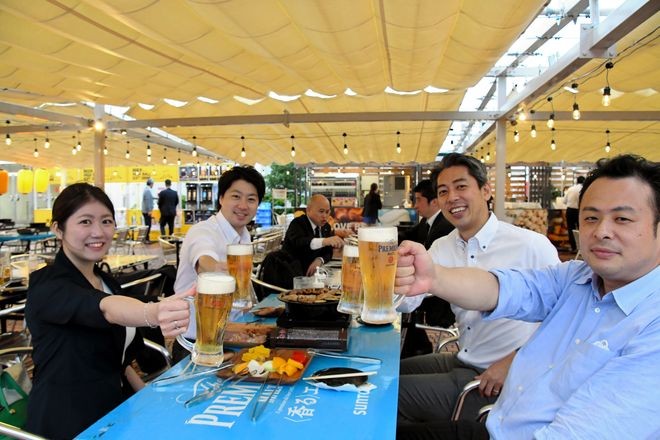 Japanese people's inability to break down alcohol could be a sign of difficult-to-strain anemia, according to a study.

Researchers at Kyoto University and other institutions discovered genetic mutations in those unable to hold their drink, which in some cases could be a sign of aplastic anemia.

Patients with the condition develop anemia because their bodies cannot produce sufficient blood. A simple cut can have catastrophic results because bleeding doesn't stop.

Given that half of the population is said to have difficulty handling their drink, the finding suggests that aplastic anemia is a bigger problem than the medical profession had realized.

“Some patients may not have been properly diagnosed as having the disorder,” said Minoru Takata, a genome study professor at Kyoto University and member of the research team.

Most aplastic anemia cases are deemed as a type of acquired autoimmune disease under which immune cells mistakenly attack cells generating blood. Congenital instances were also confirmed, but it remains unclear what gene causes the condition in some patients.

The research team analyzed all genes of patients whose cause of aplastic anemia remains unknown and found mutations in a gene called ALDH2 as well as a gene to generate the ADH5 enzyme that dissolves formaldehyde, a substance harmful to health, in multiple patients.

The ALDH2 gene creates an enzyme that breaks down acetaldehyde, which is produced in the body from consumed alcohol, and its mutation is believed to exist in no less than 50 percent of Japanese and other East Asians.

The genetic mutation renders it difficult to consume alcoholic beverages. The faces of those with the abnormality easily turn red while drinking. For that reason, genetic tests to identify the mutation are widely carried out.

The team genetically manipulated mice to inactivate ALDH2 and ADH5, and an examination of the animals revealed the formaldehyde level in blood rose since a tiny amount of formaldehyde is spontaneously produced in the body.

ALDH2 appears to be able to decompose not only acetaldehyde but also formaldehyde. So, if the two enzymes do not work properly, formaldehyde accumulates in the body, killing cells to make blood and thereby resulting in anemia, according to the researchers.

As aplastic anemia is connected to mutations of more than one gene, only several hundred individuals are estimated to suffer from the disorder in Japan.

As the latest discovery indicates, far more people may not be aware they have the condition, Takata said.

The team’s research findings were published in the online edition of the U.S. scientific journal Molecular Cell on Nov. 3.