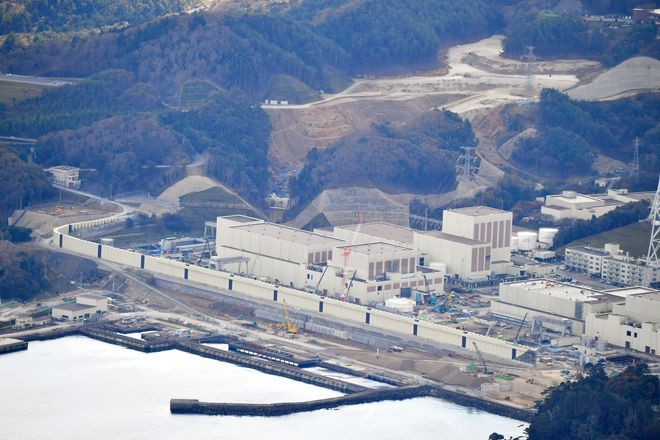 Local governments in Miyagi Prefecture neared approval for the planned restart of the No. 2 reactor at the Onagawa nuclear power plant that was damaged in the 2011 Great East Japan Earthquake and tsunami.

A meeting of all mayors in the prefecture was held on Nov. 9 to hear their views on resuming operations. Some mayors said it was still too early to bring the reactor online, but the general consensus was in favor of the plan of Tohoku Electric Power Co., the operator of the nuclear plant.

The meeting ended with approval to let Miyagi Governor Yoshihiro Murai and the mayors of Onagawa and Ishinomaki, where the nuclear plant is located, make the decision on behalf of all the mayors.

The three local leaders are expected to hold a meeting on Nov. 11 to approve the resumption of operations, sources said.

After gaining local government consent, Tohoku Electric Power will still have to complete various safety measures before the reactor can go back online, such as building a 29-meter-high seawall to protect the plant from tsunami. The reactor is now expected to be operating again in 2023.

It would be the first reactor to restart after being damaged by the 2011 natural disaster.

The Onagawa plant, located about 130 kilometers from the epicenter of the earthquake, recorded a seismic intensity of lower 6 on the Japanese scale of 7.

Part of the plant’s cooling system was damaged by flooding, but plant officials said they were able to safely stop reactor operations after the quake and tsunami.

The No. 2 unit at the Onagawa plant could also become the first boiling water reactor (BWR) to restart since the quake struck. It is similar in basic design to those at the Fukushima No. 1 nuclear plant that suffered meltdowns in the disaster. The Fukushima reactors have all been decommissioned.

Miyagi, Iwate and Fukushima were the three prefectures hardest hit by the quake and tsunami.

Local residents, fishermen and business people of Onagawa took the initiative to seek approval for resuming operations at the nuclear plant.

Half of the 600 or so companies in the town closed for good. The Onagawa chamber of commerce, which includes businesses that sell supplies to the nuclear plant, submitted a request to the town assembly in February, asking that plant operations be resumed.

In May, the Onagawa branch of the Miyagi prefectural fisheries cooperative made a similar request.

The Onagawa government could provide such support because of the local property and other taxes it receives from the nuclear plant.

The Onagawa town’s fiscal adjustment fund that is the equivalent to the savings it possesses reached 9.4 billion yen ($89.5 million) before the 2011 natural disaster. That figure is about half the amount in the fund for Sendai, the prefectural capital, which has about 100 times the population of Onagawa.

The Miyagi prefectural government has also received about 10 billion yen in tax grants in connection to the nuclear plants in the prefecture.

(This article was written by Shinya Tokushima and Susumu Okamoto.)