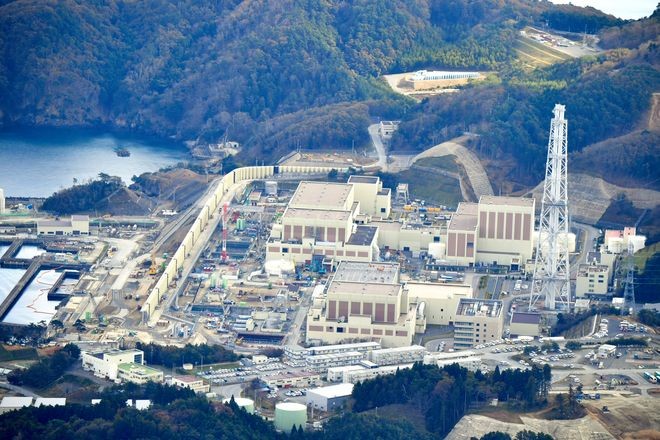 Among all reactors affected by the Great East Japan Earthquake of March 11, 2011, the Onagawa reactor will be the first restarted at the operator’s request. But we cannot understand what all this rush is about.

The Onagawa No. 2 unit is a boiling water reactor of the same type as the reactors at the stricken Fukushima No. 1 nuclear power plant operated by Tokyo Electric Power Co. The Onagawa reactor had a close brush with catastrophe in the 2011 disaster.

The foundation of the building that housed the reactor was only 80 centimeters above the 13-meter-high tsunami that struck and flooded the reactor’s cooling facilities.

After the 3/11 disaster, Tohoku Electric revised the anticipated tsunami height upward to 23.1 meters and also improved the reactor’s seismic resistance.

After more than six years of assessment by the Nuclear Regulation Authority (NRA), the reactor was pronounced up to code with the NRA’s new standards in late February this year.

Soon thereafter, the commissioner of the Agency of Natural Resources and Energy visited Miyagi Prefecture and sought the prefecture’s approval of the reactor’s restart.

In April, Tohoku Electric announced that the completion of additional safety measures prescribed by the NRA would be delayed by about two years to fiscal 2022, but this did not affect the restart process itself.

The Onagawa nuclear power plant straddles the town of Onagawa and the city of Ishinomaki. In September, the Onagawa municipal assembly adopted a petition for restarting the reactor. And half a month later, the mayor of Ishinomaki also gave the green light.

Then in October, the Miyagi prefectural assembly endorsed an early resumption of operations by approving a pro-restart petition. That was followed by Governor Murai’s hosting of a Nov. 9 discussion forum attended by the heads of all municipalities in the prefecture.

The local eagerness to get the reactor back in operation has much to do with the nuclear plant’s importance to the local economy. But strong concerns are also voiced within the prefecture.

The Onagawa plant is located near the base of the Oshika Peninsula, which means that in the event of a disaster, the evacuation route of many residents on the peninsula will be in close vicinity of the plant.

And a tsunami, for instance, may well render coastal areas impassable. Last year, in fact, a trunk road was flooded by Typhoon No. 19 and remained closed to traffic for 17 hours.

The government as well as Tohoku Electric admit that securing evacuation routes is a problem that must be resolved. The municipalities of Onagawa and Ishinomaki have asked the central and prefectural governments to improve the bypass of a national road in the area, but budgetary considerations have yet to be made.

Prime Minister Yoshihide Suga told the Diet recently, “The restart (of nuclear plants) will not happen in the absence of solid evacuation plans.”

If that is true, there is no way the restart procedures can go ahead. The first thing that must be done is to finalize workable evacuation plans in the two years that remain until the completion of all the work that needs to be done.

The total cost of work to ensure the safety of the reactor is projected at 340 billion yen ($3.23 billion), including the installation of various shared-use facilities. That’s 100 billion yen more than the per-unit cost spent on reactors that have been restarted already.

The extra costs are needed because the Onagawa plant is situated near a place where tectonic plates meet, raising its risks to earthquakes and tsunami.

This fact must be borne firmly in mind.