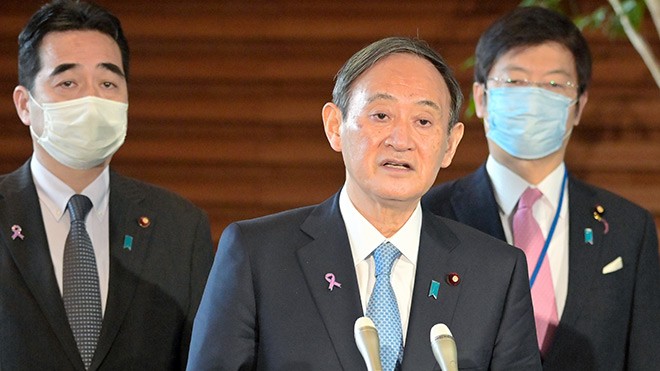 Prime Minister Yoshihide Suga and U.S. President-elect Joe Biden confirmed the importance of the Japan-U.S. military alliance on Nov. 12 in their first discussion over the phone since the U.S. presidential election.

Suga described the 15-minute call, in which he congratulated Biden, as "a very meaningful meeting for pushing forward efforts toward strengthening the Japan-U.S. alliance.”

Biden in the call indicated that the disputed Senkaku Islands in the East China Sea were covered by the Japan-U.S. Security Treaty, Suga said.

The two leaders also agreed on the need for bilateral cooperation to deal with global issues including the novel coronavirus pandemic and climate change.

Biden said he looked forward to cooperating in strengthening the Japan-U.S. alliance and working for the peace and security of the Indo-Pacific region, according to Suga, who is considering a visit to the United States soon after Biden is inaugurated on Jan. 20.

“We will coordinate to set the appropriate timing for a visit,” Suga told reporters. “We agreed to meet as soon as possible.”

Biden has also called the leaders of Canada, Britain, France and Germany, among others, since being declared the winner of the U.S. presidential election.