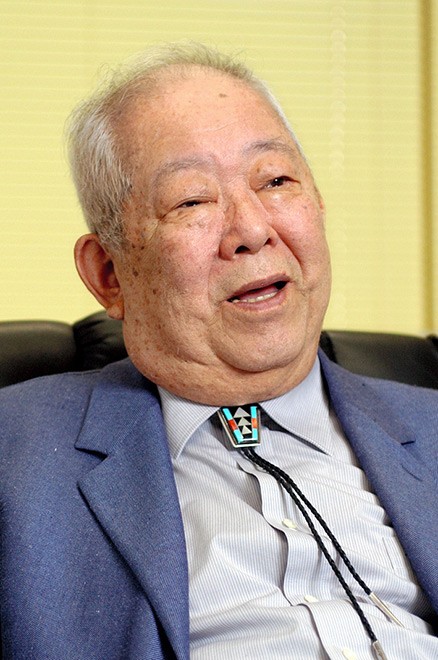 Astrophysics pioneer Masatoshi Koshiba, a co-winner of the Nobel Prize in Physics in 2002 for the detection of cosmic neutrinos, died on Nov. 12. He was 94.

Koshiba's groundbreaking work contributed to opening up a new field of astronomy.

Born in Toyohashi, Aichi Prefecture, in 1926, Koshiba studied physics at the University of Tokyo and later became a professor there as well as a special university professor emeritus after retirement.

Koshiba initially sought to unravel one of the major mysteries of physics, the decaying process of protons. He used an abandoned mine in Kamioka, Gifu Prefecture, to construct the Kamiokande observation facility.

But while Koshiba never was able to observe proton decay, in 1987 he detected neutrinos resulting from a supernova in the Large Magellanic Cloud next to the Milky Way.

That led to a better understanding of supernovas.

In addition, the discovery created new interest in the field of neutrino astronomy, which studied phenomenon other than the traditional light and electric waves.

Koshiba’s students went on to make important contributions regarding other aspects of neutrinos. They were helped by the Super-Kamiokande facility, which offered a major boost in observational capacity.

One of those mentored by Koshiba was Takaaki Kajita, who heads the Institute for Cosmic Ray Research at the University of Tokyo. Kajita was the 2015 co-recipient of the Nobel Prize in Physics for discovering oscillations in atmospheric neutrinos, which indicate that the elusive subatomic particles have mass.

Those findings could provide clues to the birth of the universe.