Princess Mako says marriage plan is still on despite delay 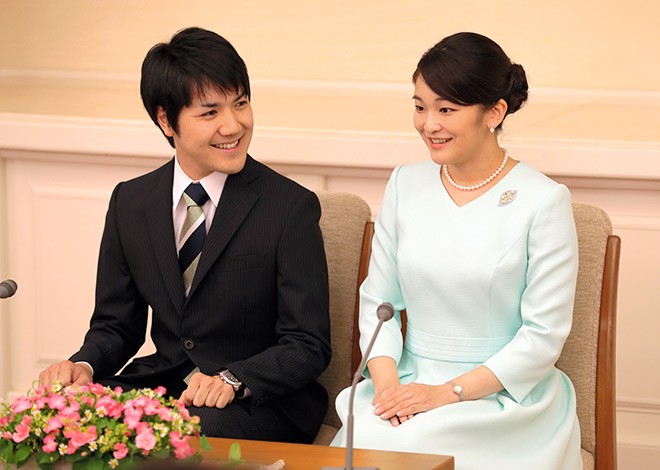 Princess Mako said the plan for her to marry Kei Komuro is still on, despite more than two years having passed since the postponement of the marriage was announced.

“For us, a marriage is a necessary choice to live and honor our hearts,” Mako, 29, said on Nov. 13 in a statement expressing the couple’s thoughts.

The princess described her close relationship with Komuro, who is also 29, to assuage concerns about the lengthy delay.

“We are irreplaceable to each other, and we can lean on each other in happy times and in unhappy times.”

But the next steps for the couple in fulfilling their marriage plans remain unknown.

“It is difficult to tell anything concrete regarding our future plans and others at the moment,” her statement said.

The two announced their intent to marry back in September 2017.

But the Imperial Household Agency announced in February 2018 that the plan had been postponed until 2020, after financial issues involving Komuro’s family came to light.

In a statement released by the agency, Mako noted, “We are aware that there are some people who think negatively about our marriage for various reasons.”

Mako’s father, Crown Prince Fumihito, was asked about the status of her marriage plan by a reporter at a news conference held just before his birthday in November 2019.

Fumihito suggested the royal family would release an update on the issue.

The series of ceremonial rituals for Fumihito to officially become crown prince was completed earlier this month.

Mako said in the statement she thought this would be an opportune time to express her thoughts on the marriage plan and that she received approval from her parents to do so.