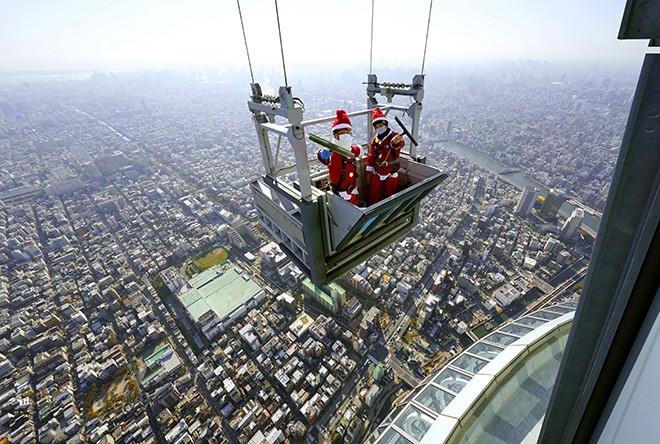 If you were in Tokyo’s Sumida Ward recently and looked way up, you just might have caught a glimpse of Santa Claus high in the sky over the capital.

Staff at Tokyo Skytree dressed as Saint Nick to clean the observation deck windows of the 634-meter-high tower.

The observation deck windows reach heights of 350 and 450 meters and are cleaned only when the weather permits.

The sudden appearance of the Santas spread festive cheer to onlookers. Excited visitors who looked out over the megacity from the prime viewing spot were surprised to see the jolly figures and snapped photos of the unusual spectacle.