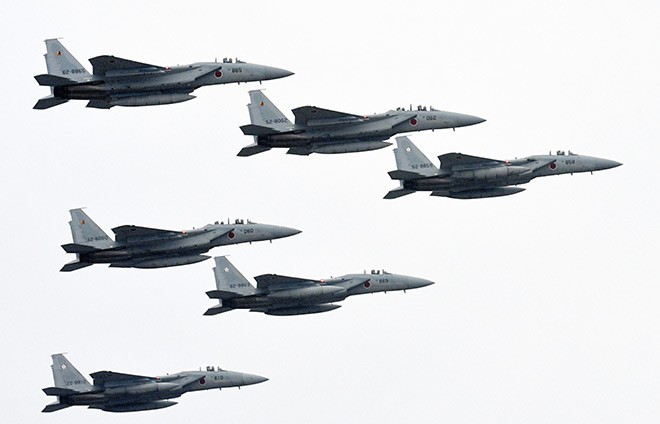 Japanese Prime Minister Yoshihide Suga and his Australian counterpart, Scott Morrison, may agree an historic defense pact on Tuesday that will closely align two key U.S. allies in Asia as a counter to China’s growing influence in the region.

Morrison arrives in Japan on Tuesday where security experts expect him to conclude a Reciprocal Access Agreement (RAA) with Suga to establish a legal framework for each other’s troops to visit for training and to conduct joint military operations.

“There will be something to announce from the meeting,” a Japanese foreign ministry official told a media briefing, without elaborating.

A pact, which has taken six years to negotiate and would need to be ratified by lawmakers, would be the first such agreement for Japan since it signed a status of forces agreement in 1960 that allowed the United States to base warships, fighter jets and thousands of troops in and around Japan as part of a military alliance that Washington describes as the bedrock of regional security.

In a call with Suga on Thursday, President-elect Joe Biden said his incoming administration was committed to maintaining that close partnership.

Tokyo and Canberra are seeking closer ties comes as they worry about Chinese activity in the region, including militarisation in the South China Sea, maneuvers around disputed islands in the East China Sea, and Beijing’s growing sway over Pacific island nations further east.

“It’s helpful for other nations to take a more active role in military activities and operations in the region, not least as the Americans are overstretched,” said Grant Newsham, a research fellow at the Japan Forum for Strategic Studies.

To counter China, Suga last month visited Vietnam and Indonesia to bolster ties with key Southeast Asian allies. That followed a meeting in Tokyo of foreign ministers from the “Quad” an informal group of Japan, Australia, the United States and India.

China, which insists its intentions in the Asia-Pacific region are peaceful, described the Quad, as a “mini-NATO” aimed at containing it.

While Japan sees India as more hesitant to deepen ties, it has pushed for greater defense cooperation with Australia since a 2007 joint statement on cooperation.

In 2013, Japan and Australia also agreed to share military supplies, which was broadened in 2017 to include munitions.

Although Japan renounced the right to wage war after World War II, its Self Defense Forces are one of Asia’s biggest and most modern militaries, with stealth fighters, helicopter carriers, submarines and recently formed amphibious units that the U.S. Marine Corp helped train.

The Australia too is a significant regional military power, with a carrier-borne amphibious force it can dispatch on overseas missions.