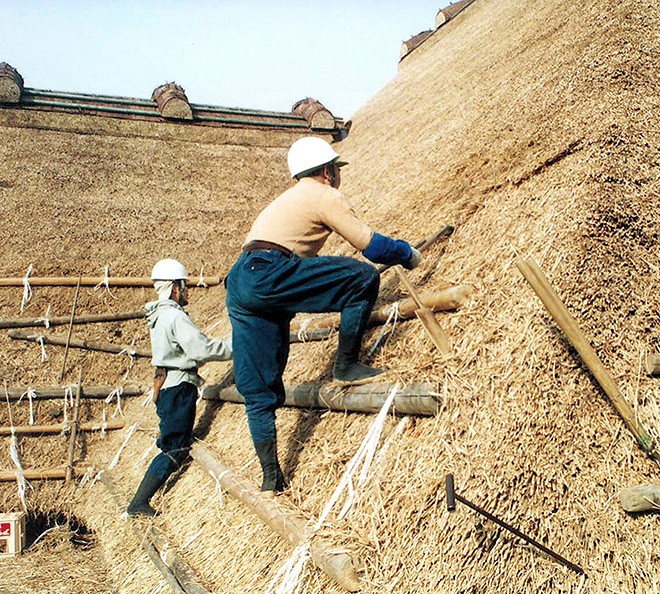 Craftsmen working on kayabuki (Provided by the Agency for Cultural Affairs)

A UNESCO advisory panel has recommended that Japanese traditional architectural artisanship should be added to the Intangible Cultural Heritage list, the Agency for Cultural Affairs announced Nov. 17.

An inter-governmental committee will make a final decision at a meeting in France scheduled in mid-December, the agency said.

The agency had proposed 17 intangible traditional techniques that are vital to repair and preserve wooden structures for registration. These techniques include ones called hiwada-buki and kokera-buki.

A technique called “soko,” which was used to repair murals in the ancient Takamatsuzuka Tomb in Nara Prefecture, is also on the list.

In 2009, the agency proposed woodcraft techniques used in such repair work, but it was not considered. In 2018, it revised the proposal with a focus on traditional architectural artisanship.

But it was passed over as priority was given to nations that have fewer cultural heritage designations. The agency resubmitted the proposal in 2019.

According to the agency, there are 463 intangible cultural heritages in the world, 21 of which are Japanese such as Noh, Kabuki, "washoku" and "washi."