Australia ‘will always be Australia,’ PM responds to China grievances 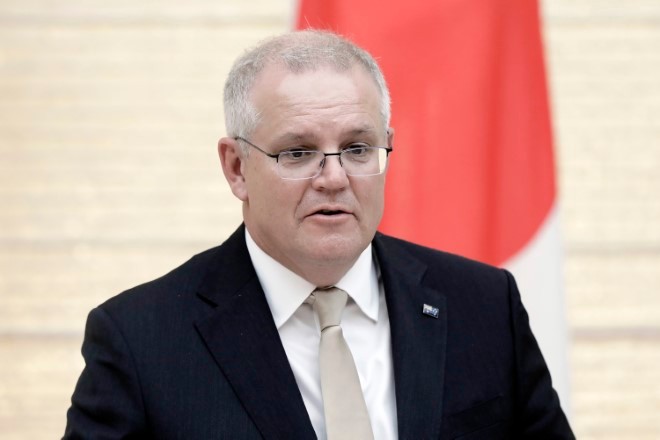 SYDNEY--Australia’s Prime Minister has responded to China’s list of grievances over his country’s human rights diplomacy, free media and investment policies by saying “we will always be Australia.”

China’s embassy in Canberra gave a list of complaints about Australia’s China policy to local media company Nine on Wednesday, a day after China’s foreign ministry in Beijing listed the complaints in a regular press briefing.

Tensions mounted this year between Australia and its largest trading partner China, after Beijing imposed a series of trade reprisals after Australia led calls for an international inquiry into the coronavirus.

Australian government ministers have recently said they want to improve communication with Beijing, but China’s foreign ministry has said Australia needs to “take concrete actions to correct their mistakes.”

On Thursday, Australia’s Prime Minister Scott Morrison referred to the Chinese embassy’s list and said Australia acted in its own interests and would not change its policies.

In an interview with Seven Network’s Sunrise program, Morrison said: “Having a free media, having parliamentarians elected and able to speak their minds is a cause for concern, as well as speaking up on human rights in concert with other countries like Canada, New Zealand, the UK and others in international forums, if this is the cause for tension in that relationship, then it would seem that the tension is that Australia is just being Australia.”

On Tuesday, Australia and Japan agreed on a breakthrough defense pact during a visit by Morrison to Tokyo, prompting a rebuke from China over statements the two leaders made.

Back in Australia, Morrison told media that it was a mistake for China to believe Australia acted at the behest of the United States. He said Australia formed trade and defense arrangements with Japan and other countries, and set its foreign investment rules, in accordance with its national interests.

Chinese foreign ministry spokesman Zhao Lijian on Wednesday said the cause of the deteriorating relationship is “Australia’s repeated wrong acts and remarks.”

On Tuesday, Zhao read complaints about Australia’s actions including “mistakes on issues concerning China’s core interests like Hong Kong, Xinjiang and Taiwan,” including actions in the Human Rights Council, and support for Taiwan entering the World Health Organization.

China also criticized Australia’s action against foreign interference and being the first country to ban Chinese companies from participating in its 5G network.

The embassy said more than 10 Chinese investments had been blocked in Australia on national security grounds.

“We won’t be compromising on the fact that we will set what our foreign investment laws are, or how we build our 5G telecommunications networks, or how we run our systems of protecting against interference,” Morrison told Nine Television.