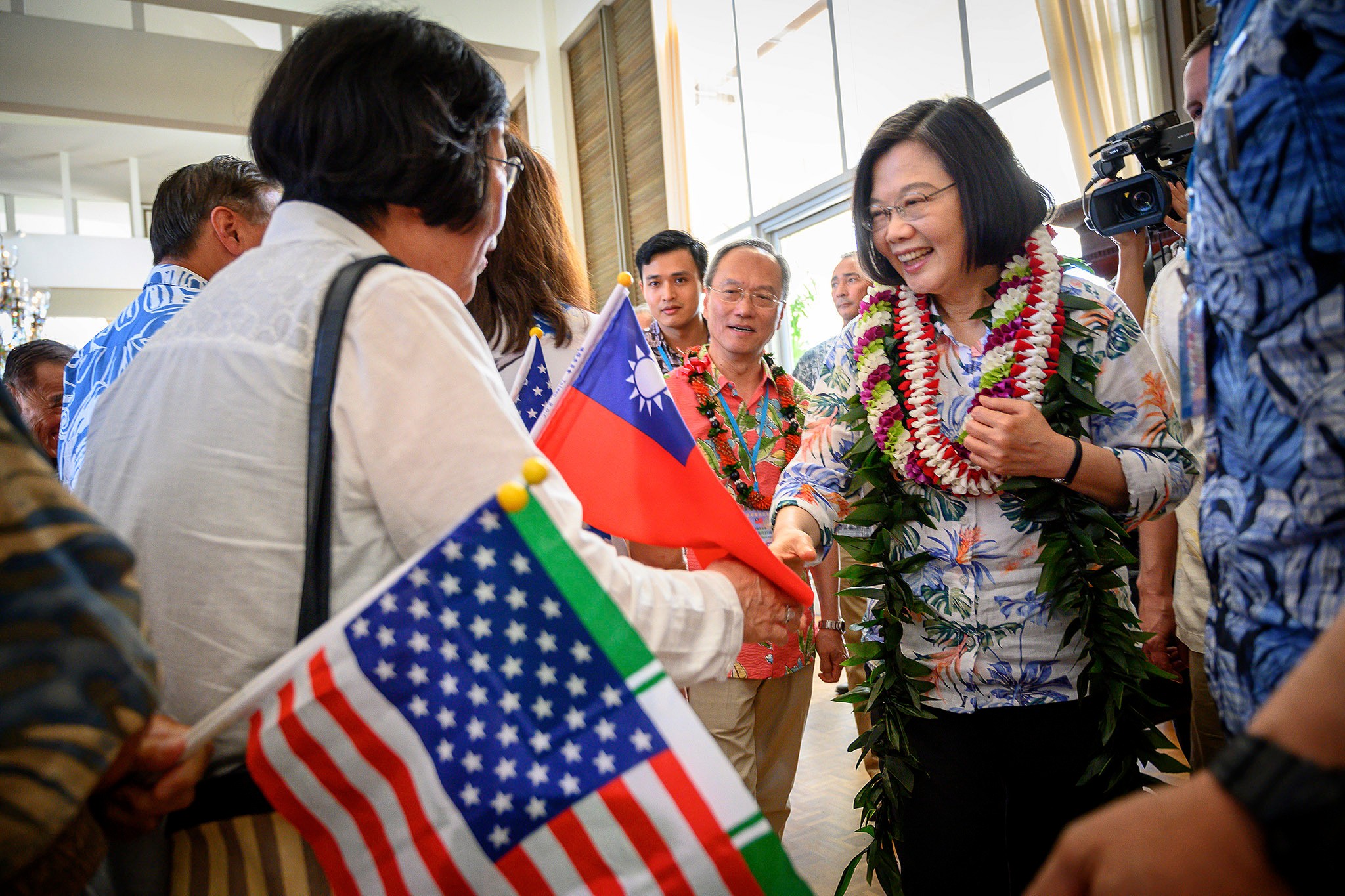 Taiwanese President Tsai Ing-wen, right, is greeted by supporters upon arriving in Hawaii on March 27. (Taiwan Presidential Office via AP)

TAIPEI--The Cabinet-level head of the U.S. Environmental Protection Agency will visit Taiwan, the island’s premier said on Friday, in what will be the third visit by a senior U.S. official since August.

China, which claims democratically run Taiwan as its own territory, reacted with fury when the U.S. Health Secretary Alex Azar came to Taipei in August, followed by U.S. Undersecretary of State Keith Krach in September, sending fighter jets near the island each time.

The Trump administration has ramped up support for Taiwan, including with new arms sales, alarming China.

“At the invitation of Foreign Minister Joseph Wu, the head of the U.S. Environmental Protection Agency will come to Taiwan, to have bilateral discussions on international cooperation on environmental protection issues,” Su said, referring to Andrew Wheeler.

The trip will “be further beneficial to the relationship between the two countries,” Su added.

The EPA did not immediately respond to a request for comment. The New York Times reported that Wheeler’s three-day trip was scheduled for the week of Dec. 5.

The paper quoted James Hewitt, a spokesman for Wheeler, as saying the agency was still working through logistics but that Wheeler was invited to Taiwan “to collaborate on issues including the Save our Seas initiative and marine litter, air quality, and children’s health.”